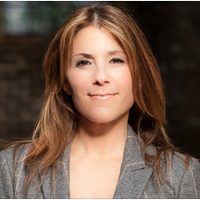 Nicole Boxer is an Emmy Award–winning documentary filmmaker and political influencer. Boxer believes in the unique power of social impact media advocacy as a tool to create positive change in the world. That belief is the central focus of Boxer’s media portfolio, which spans multiple platforms, including TV, film, podcast, and print journalism. Ms. Boxer is an Executive Producer of the Oscar-nominated documentary films THE INVISIBLE WAR and THE HUNTING GROUND, investigations of rape and sexual assault in the military and on college campuses, respectively, which earned her a Peabody Award and two Emmys. Ms. Boxer serves on the Board of Directors for Headcount.org