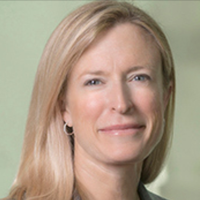 Amanda L. Tyler is Shannon Cecil Turner Professor of Law at the University of California, Berkeley School of Law, where she teaches and writes about the Supreme Court, the federal courts, constitutional law, and civil procedure. The author of many articles and several books, including Habeas Corpus in Wartime: From the Tower of London to Guantanamo Bay, Tyler also serves as a coeditor of the prominent casebook and treatise Hart and Wechsler’s The Federal Courts and the Federal System. Tyler served as a law clerk to the Honorable Ruth Bader Ginsburg at the Supreme Court of the United States during the October Term 1999.

I had the special privilege of working closely with Justice Ginsburg one last time.