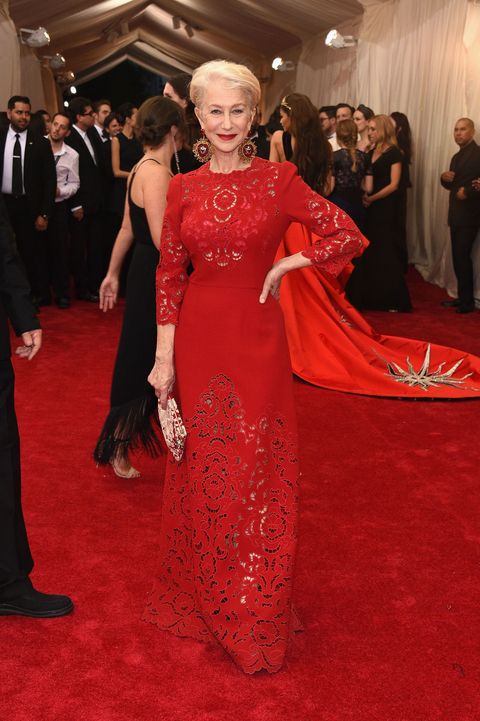 Update, 6/17: Indignant sputtering would be most people's answer to the revelation that Maggie Gyllenhaal, 37, was considered too old to play a 55-year-old dude's girlfriend, but luckily, Helen Mirren is far more articulate and English than the rest of us.

"It's fucking outrageous,"she said to more than 100 women attending an event hosted by The Wrap. "And 'twas ever thus. We all sat and watched James Bond as he got more at more geriatric, and his girlfriends got younger and younger. It's so annoying."

Hallelujah. Watch her in action here.

Original post, 5/21: It's hard out there for a woman in Hollywood. There are a ridiculously small number of leading roles for actresses, blatant sexism makes it hard for you to work with a female director, and you can't even wear flats at Cannes. In an interview with The Wrap, Maggie Gyllenhaal revealed how Hollywood's sexism has directly affected her career, and it's...ridiculous.

"There are things that are really disappointing about being an actress in Hollywood that surprise me all the time," she said. "I'm 37 and I was told recently I was too old to play the lover of a man who was 55. It was astonishing to me. It made me feel bad, and then it made feel angry, and then it made me laugh." Unfortunately for us all, she wouldn't name names, but lots of movies have this problem. Take a look at the cast of any recent Woody Allen movie and you'll get the hint.

If you're feeling especially pessimistic, her acceptance speech at the Golden Globes might make you feel a little better: "What I think is new is the wealth of roles for actual women in television and in film," she said. "That's what I think is revolutionary and evolutionary, and it's what's turning me on." So at least there's that.