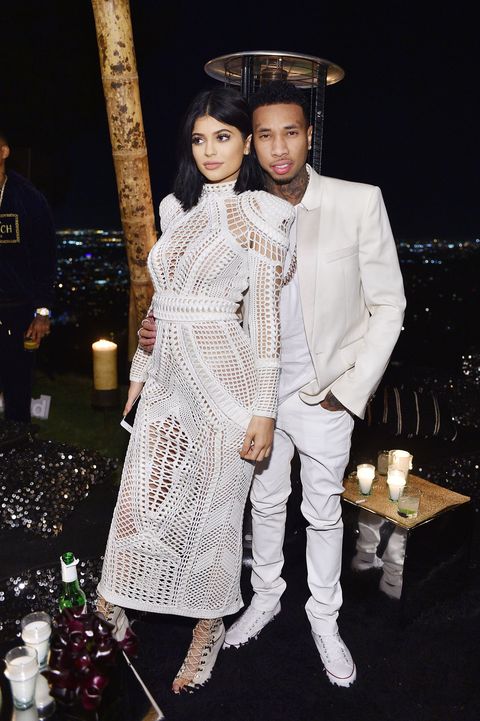 Against the wishes of her meddling sisters (but actually playing into their hands all along), Kylie Jenner has reunited with Tyga, who won her back with flowers, the promise of travel, and soft words like "I won't take no for an answer," allegedly. But according to an anonymous source speaking with E! News, tensions between the couple are still running high.

"This is not the first time or the last that Kylie and Tyga will break up to make up," said the insider, who also revealed that it was Kim and Khloé who encouraged Kylie to play coy with her affections so Tyga would respect her more (??). "Kylie and Tyga's age difference does add a bit of pressure to the relationship. Tyga is a father and has had more relationship experience than Kylie, she's still growing up."

Like with the wigs-as-a-coping-mechanism thing, as long as she's happy.