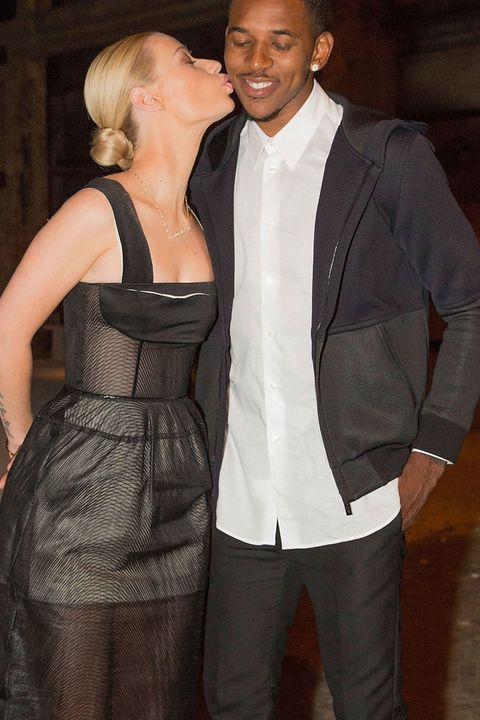 In case you haven't been on the internet in the last week, Iggy Azalea and her Lakers player boyfriend, Nick Young, are in the midst of a controversy due to #HotelGossip2016.

To recap: a video was recently leaked featuring Nick "Chatty Cathy" Young allegedly gabbing about how he has cheated on Iggy. Naturally, fans expected her to call off their engagement, but listen up: this relationship drama only exists on the internet, ya dig?

"I got engaged. That's going good," the 25-year-old rapper told Ellen Degeneres. "We're good. There isn't [controversy] at home, just on the internet."

Iggy also spent a lot of time staring adoringly at her engagement ring, so yeah. Looks like this issue is dead and buried six feet under. RIP forever.