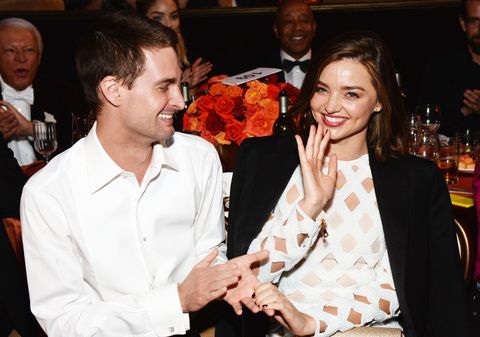 Months after making their relationship Instagram-official, Miranda Kerr and Snapchat founder Evan Spiegel are engaged! And the announcement comes via Bitmoji! All the exclamations!

The two, who started dating a year ago, made their first public appearance in June 2015, and in May they purchased a $12 million Los Angeles mansion.

"We met at a dinner in L.A. for Louis Vuitton and became friends. We were really good friends for a long time before we started dating," Kerr told the Sydney Morning Herald in February.

May they have decades of going to bed early to look forward to.