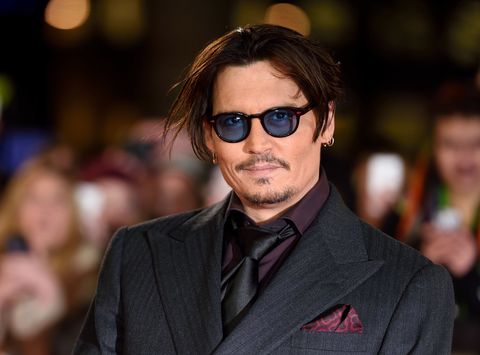 Johnny Depp appears to have bounced back pretty effortlessly following his highly public divorce from Amber Heard, as news just broke that he's been cast in the Fantastic Beasts and Where to Find Them sequel.

Obviously, the perennial Tim Burton star is a perfect fit for this franchise (no word yet on who he's playing, BTW), but there was a fair amount of speculation as to how both Depp and Heard's careers would fare following the actresses' accusations of abuse—the fear being that he would continue being cast in big-budget movies, and that she'd be blacklisted.

Unsurprisingly, the internet has a lot of thoughts:

Fantastic Beasts is obviously a huge win for Depp, but it remains to see how Heard's acting career will progress. She's currently set to star as Mera in Aquaman, a role she snagged before the divorce.

Mehera Bonner Contributor Mehera Bonner is a news writer who focuses on celebrities and royals.
This content is created and maintained by a third party, and imported onto this page to help users provide their email addresses. You may be able to find more information about this and similar content at piano.io
Advertisement - Continue Reading Below
More From Celebrity
Meet Simone Biles's Super Supportive Parents
What Happens on Katie's Season?
Advertisement - Continue Reading Below
Bennifer Recreated Their 2002 PDA Moment
Why Harry's Memoir Release Date Has Upset People
The Royals Are Worried About Prince Harry's Memoir
Gabrielle Union Debuted a New, Short Haircut
J.Lo Made Out With Ben on IG for Her 52nd Birthday
Harry Is Putting the Queen in a Difficult Position
Are Will & Kate Sending a Message to Harry & Meg?
Harry and Meghan Reportedly Have a Four-Book Deal