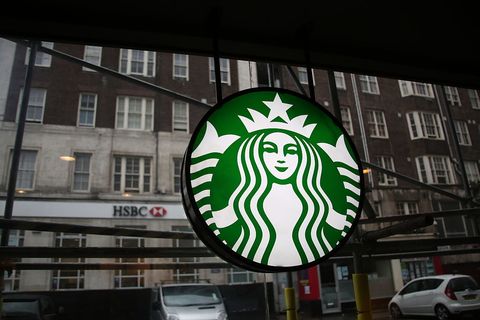 While President Donald Trump has made it very clear he intends to turn America's back on refugees, Starbucks wants to do just the opposite and keep its doors wide open.

In a statement on Sunday, the popular coffee chain's chairman and CEO Howard Schultz published an open letter condemning Trump's executive order calling for an immigration and refugee ban—before explaining in great detail how they plan to combat it.

"I write to you today with deep concern, a heavy heart and a resolute promise," he wrote. "Let me begin with the news that is immediately in front of us: we have all been witness to the confusion, surprise and opposition to the Executive Order that President Trump issued on Friday, effectively banning people from several predominantly Muslim countries from entering the United States, including refugees fleeing wars."

Schultz went on to say that the company had been in contact with all employees and partners that this ban might affect, and that Starbucks has been going out of its way to do everything it can to fight back in this "unprecedented time, one in which we are witness to the conscience of our country, and the promise of the American Dream, being called into question." The CEO then outlined four important actions they intend to take to show their stance on the matter.

First up, Schultz said that Starbucks would continue to support the Deferred Action for Childhood Arrivals (DACA) program by reimbursing "Dreamers" of the biennial fee required to be a part of the program and offering DACA-related services at their hiring fairs.

Second, Schultz said that they would be "doubling down" on their efforts to "welcome and seek opportunities for those fleeing war, violence, persecution and discrimination." In order to do so, he claimed Starbucks is currently developing plans to hire 10,000 refugees over the next five years, starting with "individuals who have served with U.S. troops as interpreters and support personnel in the various countries where our military has asked for such support."

Third, Schultz made it clear he is against Trump's executive order to build a wall along the U.S.-Mexico border by stating Starbucks' intentions to continue doing business with the country and supporting them as much as they are able. Along with donating over $2 million to support the communities where they source coffee, Schultz also adds "we stand ready to help and support our Mexican customers, partners and their families as they navigate what impact proposed trade sanctions, immigration restrictions and taxes might have on their business and their trust of Americans."

Last but not least, Schultz addressed Trump's threats to the Affordable Care Act (a.k.a. Obamacare) by reassuring all benefits eligible employees they will always have access to health insurance, adding that the company is ready to work with anyone who is concerned about losing their coverage.

"In the face of recent events around the world, let me assure you that we will stay true to our values and do everything we can possibly do to support and invest in every partner's well-being while taking the actions that are squarely within our ability to control," he wrote. "We are in business to inspire and nurture the human spirit, one person, one cup and one neighborhood at a time–whether that neighborhood is in a Red State or a Blue State; a Christian country or a Muslim country; a divided nation or a united nation."

"That will not change," he concluded. "You have my word on that."