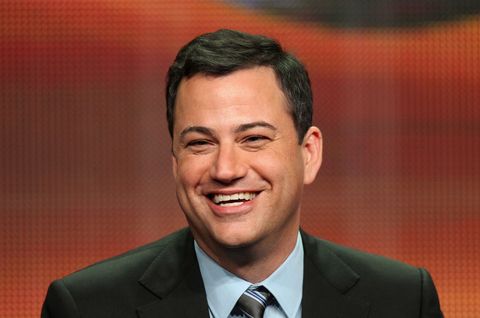 Prior to the big reveal, the internet spent several days anxiously wondering what Kimye's baby would be named, and Jimmy Kimmel took full advantage by pranking the good people of California. In an special edition of Lie Witness News, the late-night host told locals Kimye had named their baby everything from Fievel Goes West to Keurig—which, frankly, sounds like something Kanye *would* name a baby.

Check out the video below for some priceless reactions, including one guy who says what we're all thinking: "Good luck in school, I suppose."