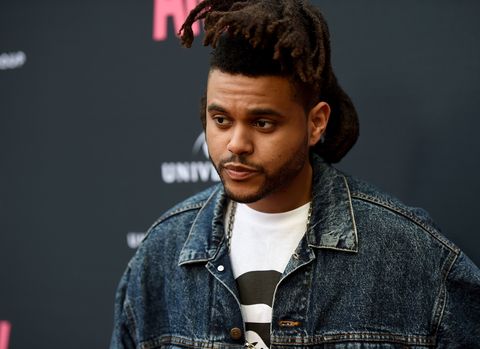 Donald Trump just made an appearance on Jimmy Kimmel Live because—in case you hadn't noticed—he might be President of the United States. And while it's totally understandable that Kimmel would interview Trump, it's also understandable that said interview was boycotted by The Weeknd and rapper Belly. After all, one could argue that late night's giving a dangerous platform to someone who's called Mexican immigrants rapists, wants to bar Muslims from the country, and has nothing but disrespect for women.

While The Weeknd didn't comment on his decision to pass on Kimmel, Belly issued a statement to the Associated Press, saying "I feel like the way I was raised was to be able to see through all the titles in this world—from religion to race. I just didn't want to feel like I was a part of a celebration for somebody who has beliefs that [the] majority of us don't agree with."

We assume some corners of Twitter are crying "free speech!" right about now, but straight up: no one is trying to silence Trump here. He's the one who ended up on Kimmel, right? The thing is, while Trump is entitled to his thoughts, Kimmel is also entitled to nix him from the lineup. He didn't do so, and therefore The Weeknd and Belly exercised their right to bow out. And that deserves applause.