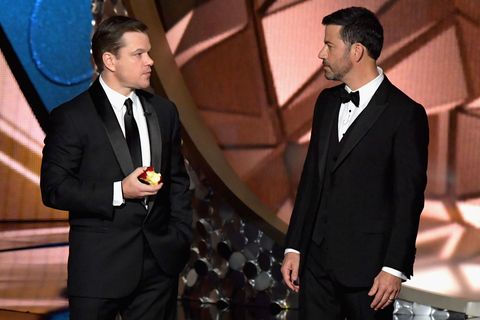 As you're most likely aware, United Airlines have had a, well, less than ideal week. Between physically dragging a customer off a plane and that one awkward time a scorpion stung a guy, things have been pretty 😁. And naturally, late night TV is going in.

Because their fake rivalry is absolutely everything, Jimmy Kimmel roped his nemesis Matt Damon into doing a faux ad for United, wherein—naturally—Damon ends up being kicked off the flight. Which he's probably used to given he gets kicked off Kimmel's show every other week.

Cut to United desperately wishing Pepsi would drop another ad right about now. 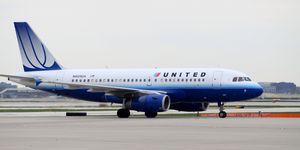 United Airlines Boots Couple on Way to Own Wedding

Mehera Bonner Contributor Mehera Bonner is a news writer who focuses on celebrities and royals—follow her on Instagram.
Advertisement - Continue Reading Below
More From Celebrity
Brad Pitt and Jennifer Aniston's Pics, Analyzed
58 Celebrities Who Hated Their Roles
Advertisement - Continue Reading Below
Prince Harry Grins as He Returns to Canada
Meghan Markle Went on a Hike With Archie
Serena Williams Fully Shut Down a Meghan Question
Camilla's Asked Whether She'll Miss the Sussexes
Harry's Speech Sounds Just Like Diana's in 1993
The Queen Is "Very Sad" About Archie Moving
Kim Kardashian Wants to Open Her Own Law Firm
Harry & William Ended Their Feud With Secret Talks