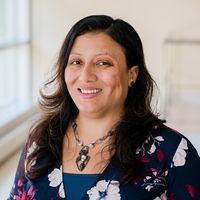 Luisa Marcela Ossa is an associate professor of Spanish at La Salle University, where her research interests include Afro-Hispanic Literatures and Cultures, the Chinese presence in Latin America, and connections between racism and anti-Blackness in Latin America and the U.S. For six years she served as the President of the Afro Latin/American Research Association (ALARA), an international scholarly organization devoted to the study of the African Diaspora in the Americas, and she continues to serve on its executive committee. Her recent edited volume, Afro-Asian Connections in Latin America in the Caribbean (Lexington Books, November 2018), co-edited with Dr. Debbie Lee-DiStefano, explores historical, cultural, and social ties between people of African and Asian descent in Latin America and the Caribbean. In 2020, she published “Catholicism, Racism, and Social Justice: Historical Realities and Lasallian Visions for the Future” and also participated in the panel, “Responding to Racism: A Lasallian Dialogue” which was hosted by the Lasallian Association of Colleges and Universities (LACU) and three districts in the Lasallian region of North American (RELAN). Dr. Ossa is currently examining issues of racism and ableism in Colombia and the Americas via the work of Edelma Zapata Pérez.

There’s No Such Thing as the “Latino Vote”
Surprised so many Latinos voted for Trump? You wouldn’t be if you understood that the group is an artificial construct that shares litt…
By Luisa Marcela Ossa
Advertisement - Continue Reading Below