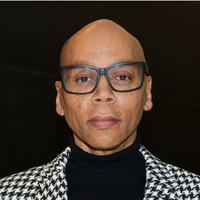 RuPaul Andre Charles is an American actor, model, singer, songwriter, television personality, and author. Since 2009, he has executive produced and hosted the reality competition series RuPaul's Drag Race, for which he has received five Primetime Emmy Awards, every year from 2016 on. RuPaul has appeared in over 50 films and television shows, both in and out of drag. Most recently, he has teamed up with Michael Patrick King to produce the Netflix original comedy series AJ & The Queen, in which he also stars. RuPaul has published three books: GuRu (Harper Collins, 2018), Workin' It! RuPaul's Guide to Life, Liberty, and the Pursuit of Style (Harper Collins, 2010), and Lettin' It All Hang Out (Hyperion Books, 1995). He splits his time between New York, California, and Wyoming. He is married to Australian rancher Georges LeBar, who he met on the dance floor in 1994 at Limelight Disco in New York City.

The queen of country discusses her Christmas album, Netflix film, and 365-wig collection with the queen of drag, RuPaul.