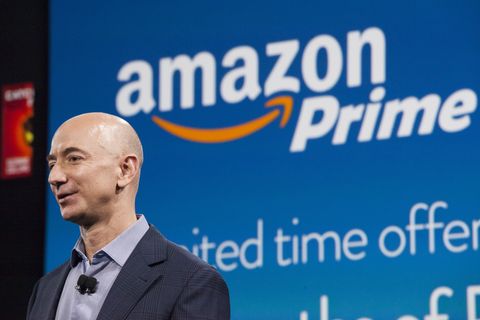 Amazon is expanding its maternity leave and introducing paid leave for dads for the first time, according tothe the Seattle Times.

Amazon, which faced scrutiny for its grueling workplace culture and was the subject of a recent New York Times expose, also introduced a "flexible return-to-work program" and "an ability to share leave with a spouse who does not work for the retailer," the Times said.

The announcement follows other big tech companies like Microsoft and Netflix, both of which expanded their paid leave this year. Netflix, in fact, is now offering new parents up to one full-year of paid leave. But there's also an unspoken tension over whether the work environments at these large companies allow for parents to take off so much time without feeling they're hurting their careers or letting down their co-workers.

Wired magazine points out magazine points out that Amazon announced the expanded leave at an opportune time — just as it's looking to motivate employees during the holiday rush and blunt criticism from the Times piece. It also comes as the topic of paid leave takes on greater importance in Washington, where new Speaker of the House Paul Ryan has faced criticism for saying he's against a federal law mandating such leave, despite his own comments about the importance of not giving up time with his family to do his job.

Meanwhile, Amazon is also planning to open its first physical bookstore. The store, which will be called Amazon Books, is set to open in Seattle and will stock just 5,000 titles.