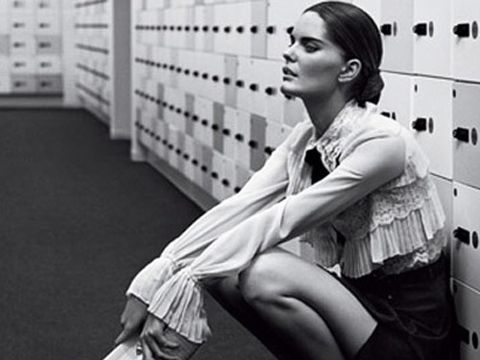 When the first invitation for LinkedIn, the "professional networking site," appeared in our in-box, we thought, just what we need to get ahead, another Internet time-suck. But we gave it a shot because we felt guilty-it came from a friend who wanted "to make a connection." Once registered, we were bombarded with less savory "invitations"-an old classmate working a dead-end gig, a former intern whose chief talent was stretching the office dress code-just the sort of weight we thought we'd cut loose. Then, when we started hearing from other networking sites, like Euro-centric XING and snooty aSmallWorld, it struck us that all of them were simply corporate chain letters with a patina of ladder-climbing and none of the vital follow-through. We dumped the account: We don't need a high-maintenance website to get ahead. We'll do it the old-fashioned way: through shameless ass-kissing.

"Coaches" of various forms have been bossing us around since gymnastics. And yet when our job went stale and our friend (who already had her own life coach) got promoted-again-we gave in and shelled out the $200 bucks a session to a woman whose qualifications topped out at a bachelor's degree in ocean sciences. She told us to write down our dreams in longhand. Then we got our "new life prescription," which told us to wake up earlier, to stop sneaking Domino's, and that if we could just communicate with our boss more effectively, the promotion would come. We thought, really? Two hundred bucks an hour for someone to tell us to stop ordering pizza? There's got to be a better way to get ahead than this. If not, maybe we'll become life coaches ourselves.

Check out The Marie Claire Guide to Getting Ahead

The game of life? Win it, easy. How to put your bank account and your career in fast-forward.