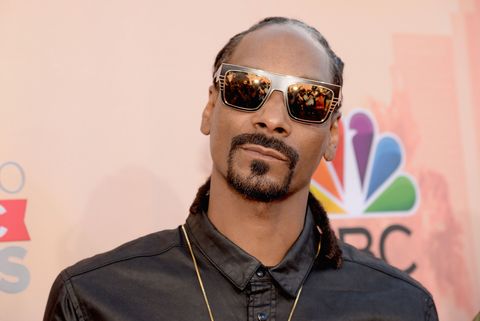 When the rapper posted the same photo that Snoop Dogg shared earlier this week on his Instagram account, Jenner commented: "Not very nice to say about your friends dad [sic]." She then served up this message for her supposed-pal (the two were spotted together on June 3), who has since deleted the post:

State what you want about the world without bashing others. Leave a positive impact 💕

Original post, 6/5: Celebrities have shown their support for Caitlyn Jenner left and right after her debut on the cover of Vanity Fair, but not all stars are so encouraging.

His fans and followers immediately responded, condemning his insensitivity and showing the power of the people.

"This is a low blow Snoop. I wouldn't have expected this from you. You lost a fan," one user wrote.

"It doesn't really matter what you think because there are millions of people supporting Caitlyn for who she is. She is female. It's as simple as that," another said.