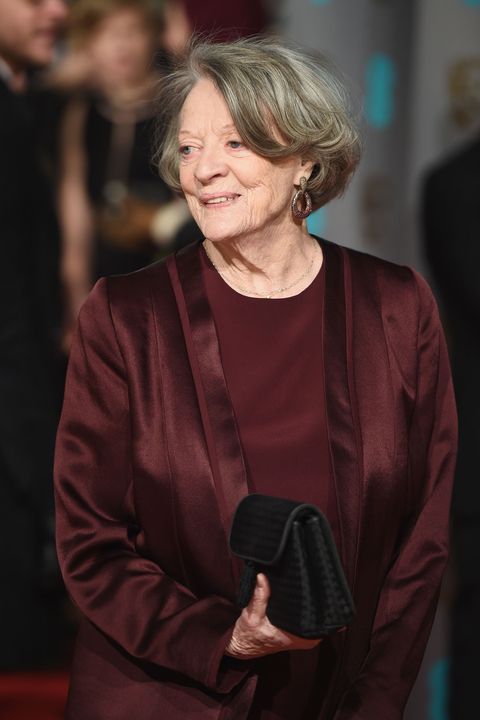 Just because the Academy hands out acting awards to Maggie Smith like they handed out condoms at the Olympic village this summer (re: by the fistful), doesn't mean she doesn't *deserve* them, okay, Jimmy Kimmel? So rude.

While hosting Sunday's Emmys, Kimmel did a bit about the Dowager Countess never coming to collect her statuettes. (She previously won Emmys for the role in 2011 and 2012.) And when her name was called yet again for Outstanding Supporting Actress in a Drama Series, Kimmel stormed the stage and grabbed the little gold man, saying "Maggie, if you want this, it will be in the lost and found."

Dame #MaggieSmith graciously accepts her #Emmy award -- @jimmykimmel, please advise on the location of the lost and found! #DowntonPBS pic.twitter.com/veQ6shRmxA

Chelsea Peng I'm Chelsea Peng, the assistant editor at MarieClaire.com.
This content is created and maintained by a third party, and imported onto this page to help users provide their email addresses. You may be able to find more information about this and similar content at piano.io
Advertisement - Continue Reading Below
More From Celebrity
Kate and Will Made Emma Watson Crack Up
Blake Lively Called Out an Instagram Account
Advertisement - Continue Reading Below
Khloé and Tristan Have "No Label" Right Now
Kate and Will Share Intimate Moments in New Photos
Scott Disick Avoids Travis Barker, Apparently
Adele's Latest Date Look Was a Leather Suit
Alicia Silverstone Got Banned From a Dating App
The Queen Just "Reluctantly" Canceled a Trip
Adele's Album Will Feature a Sensitive Voicemail
Selena Gomez Just Debuted a Sleek Bob