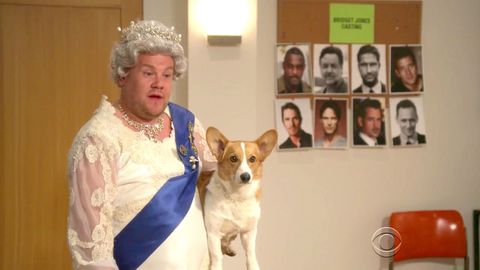 Did you know James Corden auditioned for Bridget Jones's Baby? Okay, update: he didn't really, but he did partake in a pretty amusing sketch with Renée Zellweger in which he attempted to play her love interest. Emphasis on "attempted," because this happened:

Naturally, Patrick Dempsey strolled in all "hello, stud at your service!" and snagged the part from Corden, which, fair.

Can we all agree that while yes, this is a joke, and yes #LOLOLOL, James would have actually made a great addition to the film?