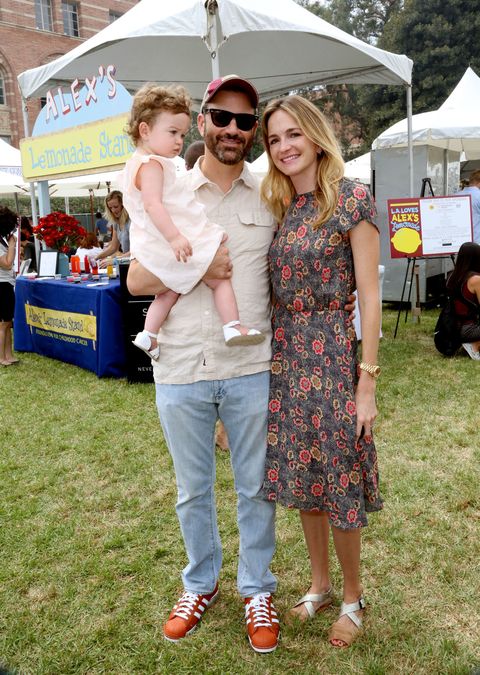 The year 2016 has been a complete cluster [insert word not fit to print here], but hark, there's a light at the end of the tunnel: babies! There's nothing more exciting than celebrity baby announcements, and Jimmy Kimmel is ending the year on a high note: with the impending arrival of his second child.

The late-night vet announced Monday night that he'd be hosting the Oscars in February, and also dropped a mention about baby #2: "Also, another thing I wanted to mention, my wife is hosting a baby inside her body. So that's exciting."

"We asked the technician not to tell us whether we're having a boy or a girl. Our plan is to let the child decide for itself," Kimmel said. "We want that to be a surprise, but I have been trying to think of names that would work for either a boy or girl. So far, I've come up with two: Number one, Dyson after the vacuum. Or Gelatin with a J. No? That's exactly what my wife said. So, there's a lot of exciting stuff going on. Congratulations to me. I'm hosting the Oscars and I had sex. Two things as a teenage boy I never thought would be possible."

This will be the second child for Kimmel and his wife Molly McNearney. They also have a sweet little girl named Jane.