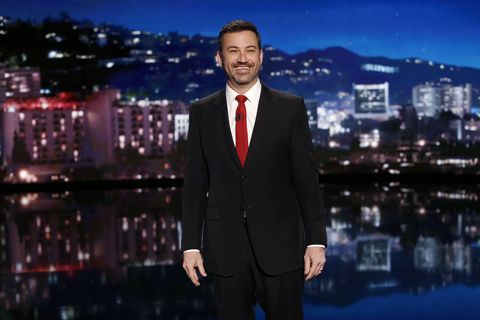 Jimmy Kimmel recently stepped on stage with tears in his eyes to announce the birth of his son Billy, who was born with a heart murmur and had to have emergency surgery. While telling this story, he also made a plea for basic health care—because after all, everyone deserves to have access to doctors that can save their kids' lives.

Naturally, the less empathetic sides of Twitter were quick to point out that they shouldn't have to pay for any child's surgery with their hard-earned tax dollars.

Sorry Jimmy Kimmel: your sad story doesn't obligate me or anybody else to pay for somebody else's health care.

Kimmel's response? Sarcasm and a scathing take down of Newt Gingrich, in particular. "I'd like to apologize for saying that children in America should have health care—it was insensitive, it was offensive, and I hope you can find it in your heart to forgive me," he said, later adding re: Newt, "There are some very sick and sad people out there. Here's one of them, his name is Newt Gingrich, and he's the former Speaker of the House...I don't know if the double layers of Spanx are restricting the blood flow to his brain."

But wait, there's more! He also mused, "There's a reason he's named after a lizard."