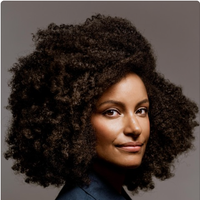 An Arizona native, Kiley Reid* *is a graduate of the Iowa Writers’ Workshop, where she was the recipient of the Truman Capote Fellowship. Her New York Times-bestselling debut novel, SUCH A FUN AGE, is currently in development by Lena Waithe’s Hillman Grad Productions and Sight Unseen Pictures. The novel was longlisted for The 2020 Booker Prize and a finalist for the New York Public Library’s 2020 Young Lions Fiction Award, the VCU Cabell First Novelist Award, the NAACP Image Award for Outstanding Literary Work by a Debut Author, and the Mark Twain American Voice in Literature Award. Kiley’s writing has been featured in the New York Times, the Wall Street Journal, Playboy, December, Lumina, where her short story was the winner in the 2017 Flash Prose Contest, and Ploughshares, where her short story was the winner of the 2020 Ashley Leigh Bourne Prize for Fiction. Kiley lives in Philadelphia.

Read an Original Short Story by Kiley Reid: "Playing Kerri Strug"
A new original work of short fiction by Kiley Reid, author of the New York Times best seller Such a Fun Age, is a cutting, witty examin…
By Kiley Reid and Illustrations by Sofie Birkin
Advertisement - Continue Reading Below