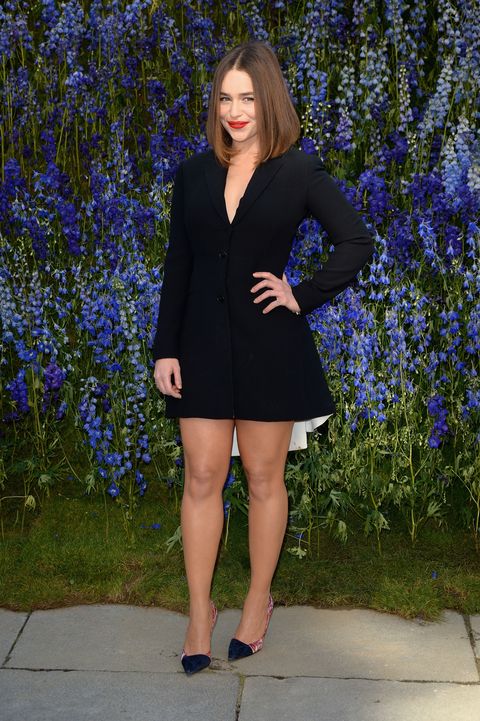 When they're not crashing our highly serious/important/intellectual debates about the Song of the Summer, Esquire does stuff like crowning Emilia Clarke sexiest woman alive 2015. Finally, we agree on something.

In the interview accompanying her Liz Taylor-y shoot, the Tupac fan wears a disguise, talks about crying while filming sex scenes, and grins and bears it all like a proper English person. Here are the most interesting bits from the profile, which you can read in full here.

She didn't have time to read all the books before her audition, so she cheated

"I had two scenes which told me nothing and not very much time in which to read all those [George R. R. Martin] books," says Emilia. "So I did what every good actor does and Wikipedia'd the living crap out of it."

How she handled the heavy content in the early episodes

"There was a lot of nudity, a rape scene, she was 23 years old, exposing her body. Her character suffered and she suffered with her. 'Once, I had to take a little time out. I said I needed a cup of tea, had a bit of a cry, and was ready for the next scene.'"

She puts the milk in her tea first—seriously

"'How do you take it?' she says. 'In my family we always argue about the order of pouring. I'm a milk-first kind of girl.'"