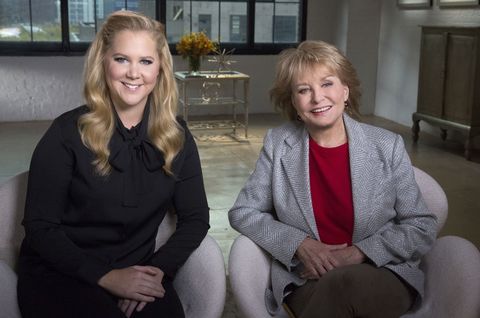 Barbara Walters interviewed Amy Schumer for her 10 Most Fascinating People of 2015 special and asked a fleet of super-important questions including whether or not Amy's faked an orgasm.

First of all, slow claps to Walters for getting so real at the age of 86, but it's what happened next that's really worthy of props. According to Page Six, Amy asked Barbara if she'd ever faked it, and then defended herself after the iconic broadcast journalist said "I'm not gonna tell you because I have this image of myself as being dignified."

"I think I'm dignified," Amy replied. "I just did a press conference on gun control."

🙌 🙌 🙌  to Amy, but of course Barbara had a clap back locked and loaded: "An interview with you is not exactly like interviewing Henry Kissinger."

Nothing like some good ol' fashioned Barbara Walters shade, right?

Watch the full interview tonight at 9:30 pm ET on ABC.