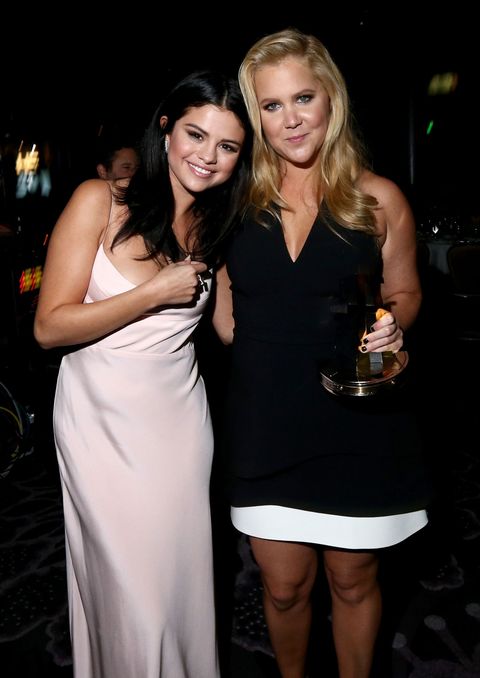 As "Can You Feel the Love Tonight" played—at least that's how everybody's going to remember it—Selena Gomez gave Amy Schumer a Hollywood Film Award and a huge, heartfelt ego boost.

"Amy, you've inspired me not take myself too seriously when I sit on my couch and I'm depressed about certain things," she said after joking that she was only there because JLaw couldn't make it. "You constantly made me feel I'm a badass even though most of the time I'm not. You say the things I wish I could say and you never ever make feel bad about anything I do in my personal life."

Then Amy replied that nah, Selena had been her first choice, they hugged, and Amy hiked up her dress to show Tom Hooper what could have been had he cast her instead of Amber Heard in The Danish Girl.

Amy Schumer having fun, hiking up skirt on stage... #hollywoodfilmawards