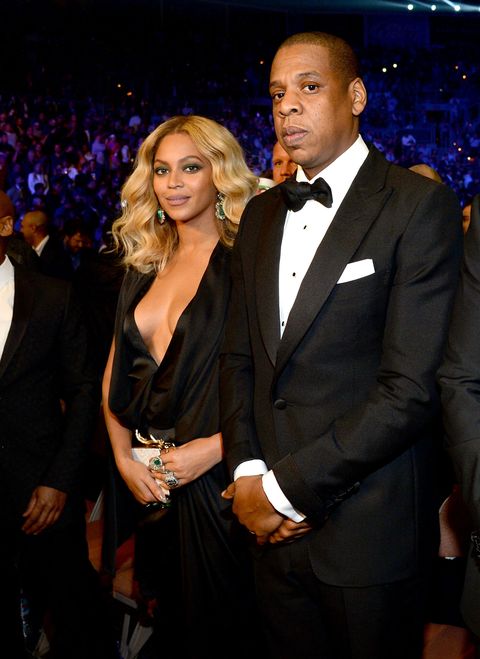 To Instagam husbands everywhere: Your job description just expanded to include security, specifically protecting your Insta wife from unwanted selfies. (Not that this is a problem for most of you, but Jay Z just set a new precedent.)

After Beyoncé and Mr. Beyoncé attended the Hands of Stone movie premiere in New York City on Monday, a determined fan in a fedora (figures) rushed up to snap a photo. Jay was having none of it and cast the much shorter man aside with one swift movement of his gray-suited arm.

But upside: You (probably) get a pic with Beyoncé *and* Jay Z touches you, however roughly? Never washing this shoulder again, amirite?