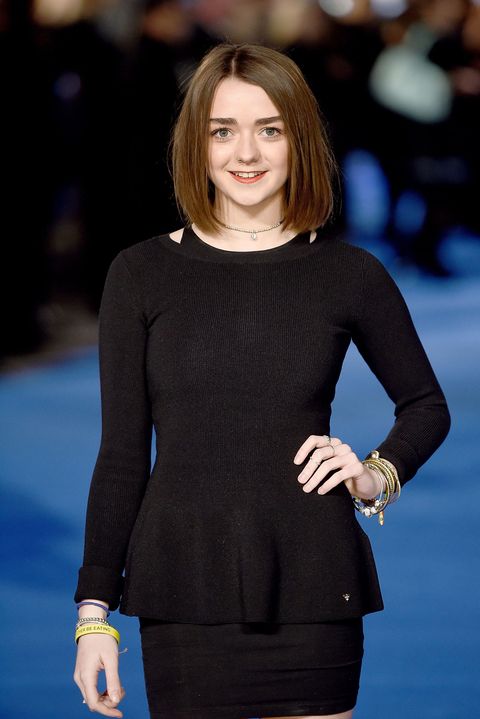 Some stars dance around the topic of feminism, but Maisie Williams is not one of them. The actress, who plays Arya Stark in HBO's Game of Thrones, told Entertainment Weekly that she learned about feminism after she was asked in early interviews whether or not her character was one.

"I got asked in one of my first interviews: 'Is Arya a feminist?' I didn't even know what a feminist was," she said. "And then someone explained it to me. And I remember thinking, 'Isn't that just like everyone?'

"And then I realized everyone is not a feminist, unfortunately," she continued. "But I also feel like we should stop calling feminists 'feminists' and just start calling people who aren't feminist 'sexist'—and then everyone else is just a human. You are either a normal person or a sexist. People get a label when they're bad."

Sounds like an idea Arya Stark could get behind.