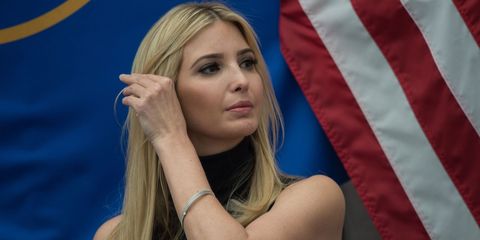 There's more bad news for Ivanka Trump, with The Washington Post publishing a lengthy article detailing the business practices of her fashion line.

The article highlights that Ivanka's business flies in the face of President Trump's "America First" agenda, with her company outsourcing jobs and relying "exclusively on foreign factories in countries such as Bangladesh, Indonesia, and China, where low-wage laborers have limited ability to advocate for themselves."

The piece also argues that Ivanka is "not in line" with the rest of the fashion industry, which in recent years had made efforts to protect workers abroad by hiring independent auditors to monitor conditions, and by providing consumers with details about the overseas factories where their products are made.

This news follows revelations earlier this year that female workers in Chinese factories used by Ivanka's company were reportedly paid as little as a dollar an hour, and given as few as two days off a month. Workers also reported experiencing physical abuse.