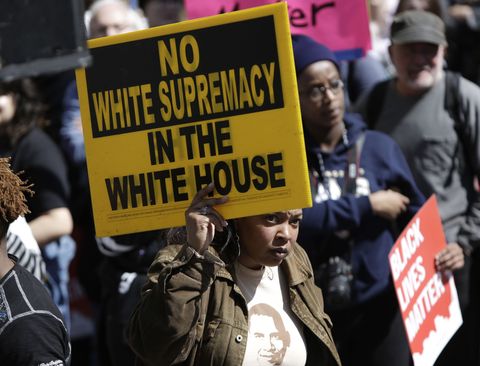 I thought those guys were okay until I learned they smoked pot."

Attorney General Jeff Sessions made that remark in the early 1980s about two Ku Klux Klan members who were being investigated for the lynching of a black man named Michael Donald. Sessions—then U.S. Attorney for the Southern District—was talking to an attorney investigating how local police handled the case. That incident, among other allegations of racism, would result in Sessions being denied confirmation to a federal judgeship a few years later—but he'd continue to defend his remark by claiming it was said in jest. Given that he's since shown greater interest in stopping marijuana use than in addressing racist policing practices, it's hard to believe that this was a joke and not a true reflection of his beliefs.

Such beliefs were seemingly confirmed by this week's internal memo from the Office of the Assistant Attorney General, announcing an intent to focus on "investigations and possible litigation related to intentional race-based discrimination in college and university admissions." In other words, it looks like the Sessions-led DOJ plans to target Affirmative Action. And if that's the case, it's just the latest in a series of efforts by the Trump Administration aimed at turning the pages of our calendar as far back to 1955 as possible.

"Since reaching peak desegregation levels in 1989, public schools have been on a steady trend toward re-segregation."

I mention 1955 in particular because it's the year Emmett Till was lynched in Mississippi and his killers were acquitted of their crimes. It's the year that the Montgomery Bus Boycott began in Alabama—when Rosa Parks refused to give up her seat. It's also the year after Brown v Board of Education was decided by the Supreme Court, but states throughout the South had yet to integrate their segregated public schools.

Demonstrators on the 25th anniversary of the Brown v Board of Education in 1979.
Getty Images

Sixty-two years and one Civil Rights Movement later, the nation continues to grapple with its history of racism and racial segregation. Most troublingly, public schools have been on a steady trend toward re-segregation—due in large part to whites opposing policies intended to result in a more diverse, equitable system. Remember: Education remains the primary path for upward mobility in America. Public schools are meant to ensure that every child has an opportunity at advancement—at least in theory. In practice, there's extreme inequality in public schooling, with Black, Latinx, and poor children often being concentrated in underfunded, under-resourced schools.

"Affirmative Action merely serves as a Band-Aid for the wounds of racism and poverty in society."

Affirmative Action itself merely serves as a Band-Aid for the wounds of racism and poverty. It seeks to even out the playing field at the collegiate level, which seems only fair considering the great inequality that exists for students in grades K through12. By attacking Affirmative Action initiatives, Sessions' DOJ will rip off that Band-Aid and allow the wound underneath to fester. It won't take long for it to get infected, considering the clock-reversing policy pustules that Secretary of Education Betsy DeVos is nurturing in grade schools too.

The irony is that Affirmative Action has most greatly benefitted white female college students. Arguments that it's resulted in unfair racial discrimination against whites is about as believable as Sessions' claim that his notorious remark was merely for laughs. We already know that the education system in the U.S. is fundamentally unequal, and that inequality is the result of systemic racism and economic oppression. We also know that if the U.S. ever made an honest attempt at educating everyone through public school, Affirmative Action would be unnecessary. The issue here is much more fundamental, tracing its roots as far back as 1740, when South Carolina passed the first laws prohibiting slave education.

Of course, I could lay out all the factual evidence that shows the many, many race and income-based hurdles facing potential college students—but that would incorrectly assume that people like Sessions are interested in facts. Or at least more interested in them than they are in maintaining a particular power structure. Since we've already seen that society benefits from increased diversity in higher education, debates about whether "unqualified" minority candidates are being granted admission over their non-minority counterparts don't seem that different than debates about whether black school children and white school children can sit next to each other in a classroom without the world coming to an end.

The only "world" that's ever ended because of increased equality is the world as it was before 1955. Maybe that's the world Sessions and Trump want to live in. 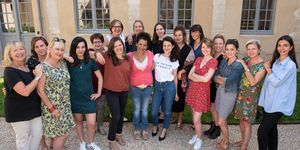 Giving Voice to Women and Girls All Over the World