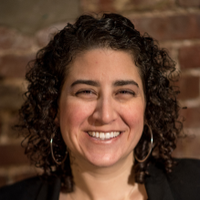 Caroline Rothstein is a New York City-based internationally touring and award-winning writer, poet, performer, and educator. Her work has appeared in Marie Claire, Cosmopolitan, BuzzFeed, NYLON, Narratively, The Forward, and elsewhere. She has been featured widely including in The New Yorker, MTV News, Chicago Tribune, CBS Evening News, BuzzFeed News, Huffington Post, Mic, and Newsweek, and was called a “very inspiring woman” by Lady Gaga.

Though every day seems to bring another crushing blow to reproductive rights, there have been small victories.

It's exclusionary, expensive, and too trendy for its own good.

The bags, jackets, and planners she designed saved me.

Caroline Rothstein suffered her whole life. Then she chose to recover.

Because sometimes you're too tired to fight back right then. And that's okay.