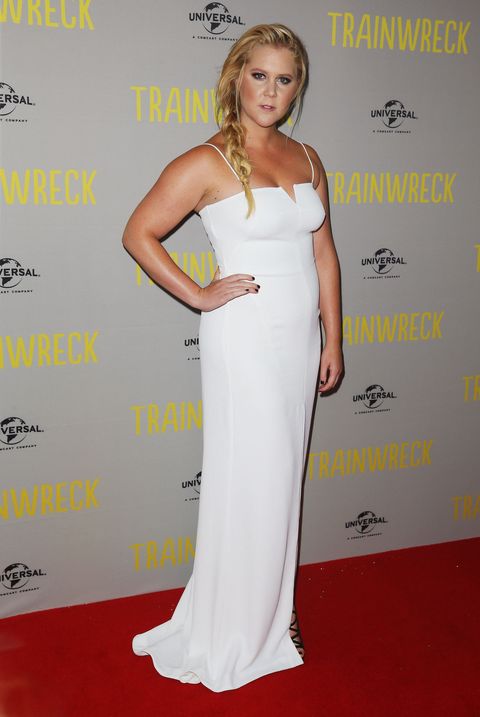 Less than two weeks after a shooter opened fire and killed two women during a screening of Tranwreck in Lafayette, La., Amy Schumer is taking action against gun violence.

@cdickason11 @sfclem Her name was Mayci, not Marci and I think about her and Jillian everyday. Don't worry I'm on it. You'll see.

Her participation in a new initiative with New York Senator Chuck Schumer (yes, they're cousins) comes in response to an open letter by Sarah Clements, student activist and daughter of a Sandy Hook survivor, who called on Schumer to continue fighting against the same anti-woman ideologies that motivated the Lafayette gunman and "be a voice for our generation and for women— two groups who make up most of the victims of the gun violence in our country."

"We must shut them down because every day in the United States, five women are murdered with a gun," Clement wrote. "Women in our country are 11 times more likely to be murdered with a gun than women in other high-income countries. And from 2001 through 2012, 6,410 women were murdered in the United States by an intimate partner using a gun — more than the total number of U.S. troops killed in action during the entirety of the Iraq and Afghanistan wars combined. Women of color are particularly disproportionately impacted by gun violence. These are mothers, daughters, sisters, our best friends."

Earlier today, Schumer and Schumer announced a "new three-pronged plan and public push to crack down on mass shootings and gun violence currently plaguing this country," which USA Today reports will focus on background checks and mental health funding.

74% of Americans want stronger background checks. Joining @amyschumer to call on my colleagues in Congress to finally listen. More at 11.