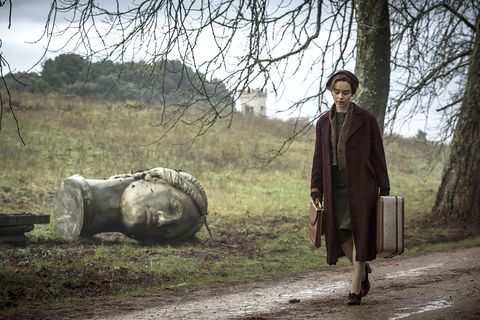 In between slaying dragons on Game of Thrones (and slaying in general), Emilia Clarke found time to film a movie set in 1950s Tuscany. Which...YESSSSS. But before you get swept away with visions of Italian Emilia wandering an olive grove, head's up: this movie looks terrifying.

Voice from the Stone follows Clarke as a caretaker to a little boy who hasn't spoken one word since his mother's death. The catch? He's creepy AF, quite possibly haunted, and potentially a deranged murderer who's obsessed with his mom's ghost.

Watch the trailer below, if you can handle it. (Hint: you can't.)