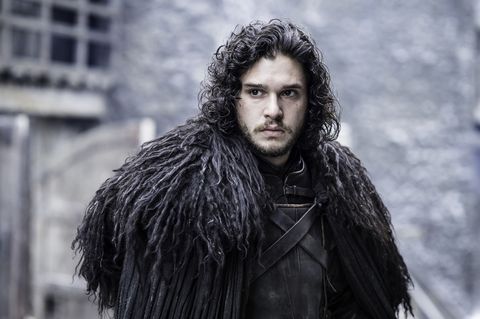 At this point, there are too many Game of Thrones theories out there to keep up with—but one of the most important is less of a theory and more of a prophecy. Welcome to The Prince That Was Promised, which states the return of an ~ancient hero~ who will save the world. And naturally, everyone thinks said hero is Jon Snow. Well, everyone except Kit Harington.

"I think you have to wait and see what happens this year, and if we find out anything more about Jon," Harington told The Huffington Post. "I think Jon would hate the term 'The Prince That Was Promised.' If someone turned to him and said, 'You're The Prince That Was Promised,' he just wouldn't pay much attention. That's what I love about him, so I don't really care about it either. You know, I think that's what's great about him. He's got very little ego on him."

Okay, so it's not exactly a *denial* but it's certainly not a "hell yeah, I'm the PTWP." But regardless, there's evidence that Jon Snow is said prince. As The Huffington Post notes, this mysterious fellow was born "beneath a bleeding star"—and when Jon was born there was a sword made from a star with blood all over it at the end of the bed.

Moral of the story: ONLY JON SNOW CAN SAVE US. 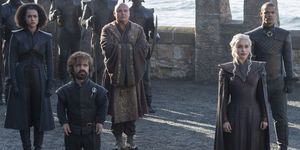 See the First Pics from \'Game of Thrones\' Season 7

Mehera Bonner Contributor Mehera Bonner is a news writer who focuses on celebrities and royals—follow her on Instagram.
Advertisement - Continue Reading Below
More From Celebrity
Lizzo Is a Vision in White at the Grammys
Why Taylor Swift Is a No-Show at the Grammys
Advertisement - Continue Reading Below
Is Lana Del Rey Dating a Hot Cop?
The World Mourns NBA Legend Kobe Bryant
Who is Maggie Rogers, the Grammy-Nominated Artist?
Alicia Keys' Biggest Fan Is Swizz Beats
Sel on Healing After Justin Emotionally Abused Her
Bey & Jay Were the Cutest at the Roc Nation Brunch
Prince William Just Got a New Royal Title
Chrissy Solved a Mystery With a Dolly Parton Post