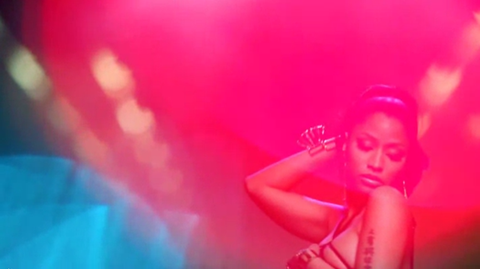 Overachiever Nicki Minaj just released her third video this week, following "Hey Mama" with David Guetta and "Feeling Myself" with Beyoncé and one particularly troublesome boxy fur, according to stylist Marni Senofonte.

In the Japanese-inspired visuals, Minaj wears a sheer bodysuit with strategically placed rhinestones, kids run through tunnels screaming kind of like Emma Watson did in The Perks of Being a Wallflower, and the moon drifts out of its orbit and alarmingly close to Earth. So, you know—typical Saturday.

Watch Nicki Minaj encourage our youth to stay out until the wee hours of the morning while disregarding astronomical disasters on Tidal. Failing to prevent apocalypses is soooooo fuuuuuunnn.