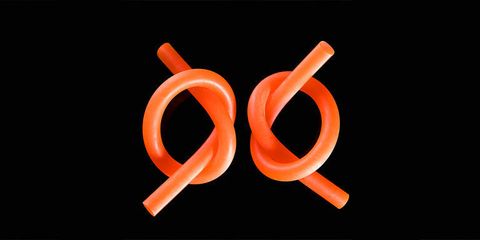 By the time I turned 20, I had come to accept that these intrusive questions would always be a part of my life. Thankfully, there were supportive people in my immediate circle, like my boyfriend and my parents, who knew me well and understood my desires.

When I made an appointment with my gynecologist during a summer break from college to discuss tubal ligation—also known as getting my tubes tied, also known as permanent sterilization—I expected to feel support there too. I'd known this woman for years. She and I had talked about family, school, my future, and eventually, sex. At age 18, she'd given me a prescription for birth control pills. I trusted her.

My mom accompanied me to the appointment. When I arrived, the nurse checked my vitals and asked why I was in that day. I told her, "I'm here to discuss permanent sterilization."

She stopped what she was doing and looked at my face, then asked me to repeat what I'd said. After confirming, she scurried out of the room.

My gynecologist was a white woman in her early 40s with curly brown hair. I'll call her Doctor One. Normally, she was all smiles during my appointments. I was alarmed when she walked in and scrutinized me as if I were seriously ill.

"Maria, my nurse tells me that you want to talk about sterilization. What's that all about?"

My doctor—the woman who had treated me since eighth grade—laughed at me.

The tone of her voice set me on edge. She sounded like she was talking to a child. Still, I launched into my explanation. I didn't want children, I didn't want the possible health risks that come with long-time use of hormonal birth control (blood clots, etc.). I wanted something permanent, that I wouldn't have to worry about again.

I gave a reasonable explanation and expected a reasonable response. Instead, my doctor—the woman who had treated me since eighth grade—laughed at me. She told me I was being "silly" and that I'd feel differently if I had a husband who wanted kids. After all, it was a "two person" decision.

I managed to keep my cool. I told her that I was offended by her comments, and that I'd expected more from her. Then I got dressed and walked back into the waiting room in a daze. My mother rose from her seat the moment she saw my face. She could tell that things had not gone well.

It wasn't until around 9:30 that night that we realized just how badly things had gone. My parent received a frantic phone call from Doctor One.

"Are you aware that Maria was in my office today, asking about sterilization?"

Incredulous, my mom answered that yes, of course she knew—she had driven me there. She also pointed out that I was over 18, and that Doctor One was violating my privacy (and breaking the law) by discussing the appointment. Doctor One grew huffy. "I'm not calling you as a doctor, I'm calling you as a mother!"

My anger only encouraged me to find another doctor as soon as possible. I met with a young, Indian male gynecologist who seemed preoccupied throughout my appointment. Doctor Two would ask a question, and as I answered he would turn away, muttering "Mmmhmm…" until I stopped. When I asked to discuss sterilization, he simply said, "Mmm, no." When I pressed for a reason why he wouldn't even discuss it, he said, in an annoyed tone, "You are too young."

Summer turned to fall and I went back to college without booking my surgery. The idea that I was too young to make decisions for myself nagged at me throughout the new semester. Here I was living on my own, with a school and a major and a career path that I had chosen all by myself. I could work, I could vote, I could enlist, I could buy a gun, I could get married—but I couldn't make the choice to never get pregnant.

I expected more from doctors. I'd always thought of gynecologists as advocates for women. But as I made my way to Doctor Three—a thin, red-headed man who, upon hearing my desire to be sterilized, asked if I had ever considered therapy—I remembered that doctors are just people. And many people are sexist.

By Doctor Four, there was a knot in my stomach that I couldn't shake. One of my basic rights, the right to control my body and my reproductive future, was being violated. I was a sexually active woman over the age of 18, yet I was being denied a simple, outpatient procedure because I was "too young."

Despite my disappointment with Doctor One, I desperately wanted to see another female doctor. I believed that a woman would be the one to tell me yes. A woman would perform my surgery. As it turned out, I was half right.

When I laid out my reasons for wanting a tubal ligation to Doctor Four, a 30-something white woman with straight, hay-colored hair, she simply replied, "All right."

"All right?" It was the answer I had expected three doctors ago, yet now it came as a shock.

"Sure. You've obviously done your research, you seem well-informed… Does December work for you?"

It did. The appointment was set for December 8. The hospital was less than an hour from my parents' house, where I would be staying for winter break. I would have plenty of time to recover from surgery before heading back to school.

Then Doctor Four dropped out.

She had to take an extended leave of absence, and could not perform my surgery. I would have to have my pre-operation appointment with a different gynecologist—a male one. A quick google search of Doctor Five's name revealed a stern-looking white man in his late 50s. My heart fell.

I couldn't help but feel bitter when he began the appointment the way I expected him to—by haranguing me with questions. "Don't you think you're a little young to make this type of decision?" "What if your future husband wants kids one day?"

I couldn't believe I had come this close, only to be turned away at the last moment. In my frustration, I told Doctor Five exactly that. In fact, I told him a lot of things. I told him how powerless I felt over my own body and my own future. I told him how sick I was of demeaning questions about a hypothetical husband. I told him how many doctors I'd been to thus far, and how happy I'd been when a doctor had finally done what doctors were supposed to do, and believed me when I talked about my personal, private needs.

I told him how powerless I felt over my own body and my own future. I told him how sick I was of demeaning questions about a hypothetical husband.

To my surprise, Doctor Five responded to this by doing something the others had failed to do. He listened. He made notes. He asked what I would do if he rejected me. I told him that I would never stop searching for another doctor who believed me the way that Doctor Four had.

"In that case, I know you'll find someone. It may as well be me."

He stood, and shook my hand. The appointment ended on a note of respect, and my surgery date remained on the calendar.

The procedure was simple, and took less than an hour. The pain of recovery was like a very intense period. There was bloating, bleeding, cramps, and nausea. But it was all completely worth it.

I am now 27. I've been married for four years—to a man, for what it's worth, who doesn't want kids either.

Getting my tubes tied was the best decision I ever made. I never have to feel like there's a possible accident around the corner, or that my life is not my own. All I had to do was fight tooth and nail to get here.