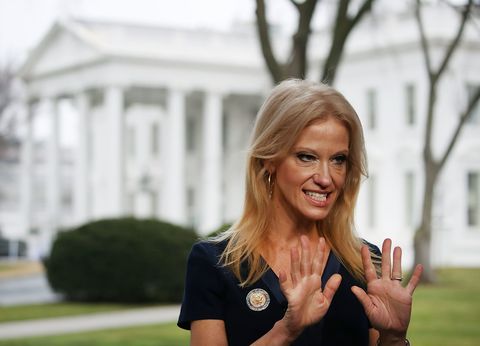 During an interview last week on MSNBC's Hardball, Kellyanne Conway, counselor to President Trump, referenced a "Bowling Green massacre" that never happened. Later, she said she misspoke. She said she was actually referencing two Iraqi men who came to the U.S. as refugees and were arrested in Bowling Green, Kentucky in 2011 for attempting to send weapons and money to al Qaeda and using explosive devices against U.S. soldiers in Iraq. Both men pleaded guilty to federal terrorism charges.

Conway was explaining to a cameraman that President Obama suspended the Iraq refugee program back in 2011. That itself isn't quite true; President Obama's administration instead revamped its vetting policy, which caused significant slowdowns, but never actually suspended the program. "The fact is that it was President Obama and the Congress who identified these seven countries so President Trump is just following on. President Obama suspended the Iraq refugee program for six months in 2011 and no one certainly covered—I think nobody noticed," Conway said. "He did that because, I assume, there were two Iraqis who came here, got radicalized, joined ISIS, and then were the masterminds behind the Bowling Green attack on our brave soldiers."

"The terrorists were in Bowling Green and their attack occurred in Iraq," Conway told The Daily Beast in response. "I meant to say masterminds or terrorists and not massacre. It does not detract from the evil they perpetrated and the evil that others may wish to perpetrate if they lie about why they are here. They remain in jail."