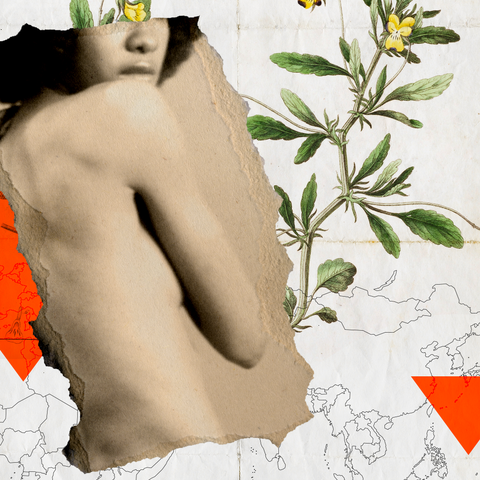 This story was reported with the Fuller Project, a journalism nonprofit reporting on global issues impacting women.

For centuries, the state of a girl’s or woman’s hymen has been used, unscientifically, to determine virginity. The fact is, there is simply no physical way to test if a woman, or a man, has had sex. Despite that, every year, thousands of women around the world endure invasive virginity tests, which are often sanctioned by doctors, hospitals, courts, and governments and carry tremendous and sometimes fatal punishments for women. A year ago this month, the World Health Organization (WHO), UN Human Rights, and UN Women called on governments to ban virginity testing globally because it “violates several human rights and ethical standards including the fundamental principle in medicine to do no harm.” Here is a sampling of what led up to that mandate and what’s been happening around the world since.

Afghanistan passed a new penal code in 2018 criminalizing virginity testing, though the exams were still deemed legal when ordered by a court or when a woman consented. Earlier this month, the code was amended—a woman's consent is no longer enough. (Afghan women say their signatures were often forged or coerced.) The Afghan Independent Human Rights Commission has called on the government to ban hymen exams outright.

In 2018, Bangladesh’s High Court banned the use of virginity tests, once required to “prove” a rape occurred, after being lobbied by multiple human rights organizations.

In 2011, an Egyptian court ruled virginity testing was illegal, amid outcry from human rights defenders after the military performed such exams on detained female protesters during the revolution earlier that year.

In 2013, India’s Supreme Court found that virginity tests violated a citizen’s right to privacy and “had no bearing on a case of sexual violence,” though the exams are still routinely forced on women.

In Indonesia, many women who want to join the military or police force must pass hymen exams “as a measure of morality.” The Indonesian government has denied that it is still happening, but according to the Nurani Perempuan Women’s Crisis Center, women have been refused jobs because their hymens are not “intact.”

Government health authorities have subjected some Yazidi girls and women to hymen exams after they fled sexual enslavement in the Islamic State in an effort to document rape perpetrated by the militants. To have their hymens examined by Iraqi doctors after they escaped was “abusive and inaccurate,” said Human Rights Watch, which later successfully lobbied a local judge to halt the procedure, though it’s still common in parts of the country.

Moroccan women often have to show virginity certificates from doctors in order to get married, putting their lives at risk if they don’t “pass” the fake test and provide a certificate of virginity issued by a physician to future in-laws.

The South African Commission for Gender Equality ruled in 2016 that virginity testing linked to an educational scholarship was “unlawful, unfair, unreasonable, and unconstitutional” after a mayor in the coastal province of KwaZulu-Natal presented schoolgirls with scholarships, provided they submit to regular hymen checks.

In 2002, Turkey overturned a law that had previously made it legal for school administrators to force girls into hymen exams to “determine” if they were virgins. (Before it was overturned, some girls committed suicide due to the shame associated with the tests.)

According to reporting conducted by Marie Claire and the Fuller Project, American girls and women are undergoing the unscientific procedure, whether forced or willingly submitting, citing religious beliefs that celebrate virginity. Some girls and women are undergoing expensive elective plastic surgery to reconstruct their hymens in order to bleed on their wedding nights or pass hymen exams. There are currently no federal or state laws banning virginity testing, nor clear medical guidelines or standards of care.

Marie Claire and the Fuller Project are committed to reporting on this issue. If you have been forced or coerced into undergoing a hymen exam, or submitted to such an exam willingly, and would like to share your story anonymously or otherwise, reach out to reporter Sophia Jones at sophia@fullerproject.org.

Sophia Jones Sophia Jones is a senior editor and journalist with the Fuller Project, a journalism nonprofit reporting on global issues impacting women.
This content is created and maintained by a third party, and imported onto this page to help users provide their email addresses. You may be able to find more information about this and similar content at piano.io
Advertisement - Continue Reading Below
More From Politics
How to Demand Justice for Adam Toledo
Daunte Wright's Death Sparks Protest in Minnesota
Advertisement - Continue Reading Below
41 Surprising Rules First Ladies Have to Follow
Asian American Women on Where to Go From Here
Syrian Journalists Reflect on a Decade of War
How to Show Your Support for the AAPI Community
Activist Lydia X. Z. Brown on Disability Justice
Elisa Crespo: "I'm Not Here to Make History"
What We Know About the Georgia Spa Shootings
Dianne Morales Has Never Listened to the Naysayers