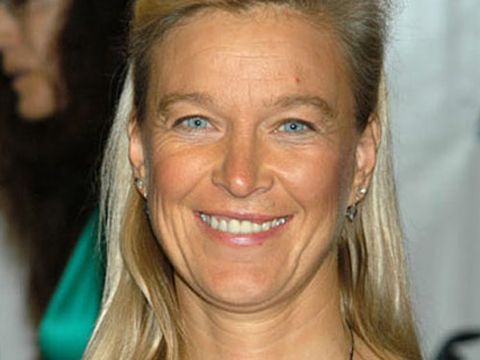 Q: You started Newman's Own Organics in 1993 with seed money from your father, along with his approval on your first product, an organic pretzel. Within a year, you'd paid him back and had yourself a stand-alone company. How did you manage to come up with organic snacks that didn't taste like dog biscuits?

A: Just exclude the pesticides and herbicides, and you know what? It doesn't taste bad. It's just using good ingredients that have been farmed organically. In a blind taste test, I bet most people couldn't tell the difference.

Q: How did you ever convince Nabisco, the original owner of Fig Newtons, to let you use the name "Fig Newmans" for your fig bars?

A: My dad wrote a very sweet, short letter to the president of Nabisco that said, "My daughter's got a great idea for a product. Could we sit down and talk about a small royalty deal? All the profits will go to charity." And the guy just sent back a letter that said, "Dear Paul, I love what you're doing, we'll just say it's a dollar a year, and I'd love to sit down and have a beer with you." The legal department of Nabisco had a fit, but there was nothing they could do.

Q: Is buying organic really worth it? If I see a $1.99 bunch of conventional broccoli next to a $3.99 bunch of organic, I think twice.

A: If you saw a list of what had been sprayed on it during the season, it might help you to make up your mind, but conventional agriculture doesn't want you to see that. Organic is more expensive because it's more labor-intensive. You have to get out there and weed those rows when the plants come up—you can't just spray them with [the herbicide] Roundup. When I took a course put on by the Farm Bureau here in Santa Cruz, I visited a brussels sprouts farmer who said, "In December we hit 'em with the first round of methyl bromide, and then we follow it with the first hit of Roundup to get rid of the wheat. Then we put the young sprouts in and hit 'em with the second dose of Roundup, followed by the systemic blah blah blah" and on and on he went. It was mind-boggling. Organic farming provides a much cleaner environment for us and for the people who work the land.

Q: You don't use trans fats in your products. What do you think of Mayor Bloomberg's plan to ban them from restaurants in New York?

A: I think it's a great idea. We know hydrogenated fats are bad for us. I guess the question is, should a city be able to legislate health issues or civil liberties, if you want to call it that? On the other hand, is the food industry going against your civil liberties by feeding you stuff that's bad for you? But I guess if they can ban smoking in restaurants, they can ban trans fats.

Q: Do you think consumers make a conscious decision to buy your products—everything from cookies to coffee to pet food—because the proceeds go to charity?

A: I think it has a tremendous effect. It's been somewhere between $4 million and $6 million that we've been able to donate to organizations like the Organic Farming Research Foundation here in Santa Cruz, the Homeless Garden Project here, and the Western Environmental Law Center. I wouldn't be in it for any other reason.

Q: Were your parents sticklers about eating well when you were growing up?

A: We never drank soda, and my dad never let us have fast food because he liked his own cooking better. He'd just say, "I'm not eating those," and take us home and make us burgers.