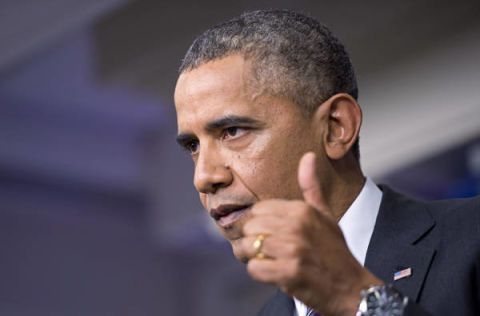 The White House is taking action to help prevent and respond to sexual assaults on college campuses. On Monday, the Obama Administration released a set of guidelines prepared by the Task Force to Protect Students From Sexual Assault, which the president created earlier this year. "We are here to tell sexual assault survivors that they are not alone," the task force wrote in its 20-page report. "And we're also here to help schools live up to their obligation to protect students from sexual violence."

First, the task force recommends that colleges conduct campus climate surveys to get a better idea of the extent of the problem they are up against. One in five women will be sexually assaulted in college, yet according to the task force, only 12 percent come forward to report the attack. Conducting anonymous surveys will allow women who may not feel comfortable reporting the attack to be counted. The surveys, like all the guidelines, are not enforced, but the report says legislative or administrative options to require schools to conduct a survey in 2016 may be considered in the future.

Include Men in Prevention Programs

Second, universities are encouraged to adopt prevention strategies and programs, particularly those that include men. "We need to engage men as allies in this cause," the report says. "Most men are not perpetrators—and when we empower men to step in when someone's in trouble, they become an important part of the solution." One of the measures schools are encouraged to consider is to implement bystander intervention programs that have proved successful at some schools, like the University of New Hampshire. Along those lines, President Obama and Vice President Joe Biden have issued the following Public Service Announcement: "If she doesn't consent—or can't consent—it's a crime. And if you see if happening, help her; don't blame her, speak up."

Third, the report recommends schools ensure they have a proper plan to handle reported sexual assaults on campus, including someone a survivor can talk to in confidence, a comprehensive sexual misconduct policy, trauma-informed training for school officials, better school disciplinary systems, and partnerships with outside entities in the community to ensure the student gets all the support he or she needs. This is an especially important piece of the report given the number of students who have come forward in the past year saying they had been contradicted, discouraged, ignored, and even blamed by school officials when they came forward to report a sexual assault. Students at the University of North Carolina, Occidental College, Swarthmore, the University of California at Berkeley, Dartmouth College, the University of Southern California, and others have filed complaints with the U.S. Department of Education alleging their schools mishandled reported sexual assaults and thus were in violation of Title IX, a law that prohibits sexual harassment and violence on campus because it interferes with a student's right to receive an education free from discrimination.

Fourth, the task force says the government is committed to doing their part by making their enforcement efforts more transparent and by getting students and schools more resources to help bring an end to sexual assaults on campus. To that end, the administration launched NotAlone.gov to help survivors of sexual assault find services in their area, learn their legal rights, and information on filing a complaint if they think their school has not lived up to its obligations. They can can also see which colleges have had enforcement actions filed against them, get "plain English" definitions of legal terms and concepts, and find their states privacy laws. All of which is designed to help survivors feel supported on every level. "Perhaps most important, we need to keep saying to anyone out there who has ever been assaulted: you are not alone. We have your back. I've got your back," the president said when he launched the task force in January. A portion of the website is directed at school officials who will be able to access legal guidance, information on confidentiality and the laws they must adhere to, a roadmap for developing sexual assault policies and procedures, and privation resources.

This is not the first time the Obama Administration has issued stern words and a list of recommendations aimed at curbing sexual assaults on campus, but with the task force promising continued action on the issue, we can hope that colleges nationwide will finally get their act together and start doing more to ensure rape is no longer part of the American college experience.

For more on the topic, read Marie Claire's "Big Shame on Campus."

Kayla Webley Adler Deputy Editor Kayla Webley Adler is the Deputy Editor of ELLE magazine.
This content is created and maintained by a third party, and imported onto this page to help users provide their email addresses. You may be able to find more information about this and similar content at piano.io
Advertisement - Continue Reading Below
More From Politics
In Conversation With Secretary Granholm
Laphonza Butler on What's Next for EMILY's List
Advertisement - Continue Reading Below
Anita Hill Believes We Can End Gender Violence
For Teachers, Going to Work Can Mean Life or Death
Want to Help Moms? Prioritize Menstrual Equity
Abortion Rights Start at the State Level
All of Your Abortion Questions Answered
The Texas Abortion Snitch Site Is Having a Bad Day
The Future of Afghan Women Depends on Us
How You Can Help People in Afghanistan