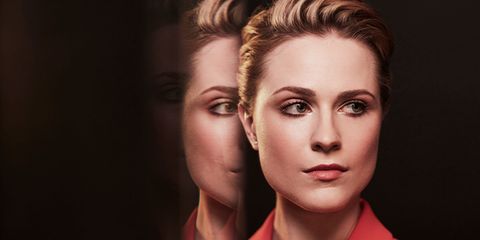 The news cycle is full of stories after stories about Harvey Weinstein's alleged sexual misconduct. There are what feels like hourly accusations emerging from Cara Delevingne, Gwyneth Paltrow, Angelina Jolie, Léa Seydoux and more claiming that Weistein has acted inappropriately towards them. These statements are bolstering the allegations made by the women who came forward to the New York Times and New Yorker.

Alongside these revelations are some hard-to-answer questions, like "how has Hollywood kept this culture of silence around this so-called open secret?"

Many people have wondered why more women did not come out sooner, or speak louder.

One person who attempted to answer this question was actor Terry Crews, who revealed in a series of Tweets that he had once been groped by another Hollywood executive and why he had not gone public with it.

Now, actress Evan Rachel Wood has made a 15-minute video explaining why she will still not expose the names of her rapists.

Last year, the Westworld star wrote an open letter for Rolling Stone detailing that she has been raped twice, once by an ex-partner and once by a bar manager, both before she was 22. 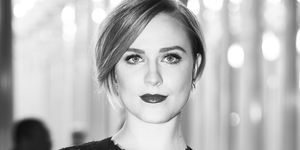 The now 30 year-old actress has still not revealed the names of the alleged rapists, despite the support she has received for the letter, and the changing attitudes around victim-blaming.

Wood posted the video on her Twitter and starts with lambasting how much conversation surrounding sexual abuse is being discussed as a liberal versus conservative issue. She states that conversation surrounding assault appears to be about scoring points instead of actually attempting to break down rape culture, or discuss patriarchal structures in which unhealthy behaviour can survive.

She then goes on to explain why women or victims may not come forward with their stories of abuse or assault, saying that they are met with almost-universal attempts to disbelieve or discredit them.

Wondering why women wait until others have come out before them against an attacker? "It is safer to do so, period. And I am guilty of this as well," explains the actress.

She says that she has not named her attackers yet because it is a "financially" and "emotionally draining thing to do, and to go through."

"If you want to know who my perpetrators were, they were very powerful, very rich, very entitled, very narcissistic white men," she goes on.

Considering that it would be her word against others, that she is only one person, that her attackers were powerful, rich and that her career could be affected she says she is not ready to come forward.

The actress said that it took her seven years to admit to herself that she was raped, such was the confusion, hurt and guilt surrounding the attack. Despite her self-proclaimed "duty" to name her abusers so they do not attack other women, she still is not ready.

Wood demonstrates the difficulty and bravery it takes to speak out and the troubling position women and people in Hollywood find themselves in.

This content is created and maintained by a third party, and imported onto this page to help users provide their email addresses. You may be able to find more information about this and similar content at piano.io
Advertisement - Continue Reading Below
More From Celebrity
Lily Collins and Charlie McDowell Are Engaged!
Brad Isn't "Angry" About His GF's Angie Comment
Advertisement - Continue Reading Below
J.Lo’s Abs Look So Toned In Maluma Video
Meghan Could "Seriously Consider" Running for Prez
The Most Expensive Celebrity Weddings of All Time
Chrissy Shared an Ultrasound Picture of Her Baby
Meghan and Harry Are Now Paying Rent on Frogmore
Princess Eugenie Is Pregnant With Her First Child
Demi Lovato and Max Ehrich Have Broken Up
Drag Queens Trixie Mattel & Katya on Their Jewelry