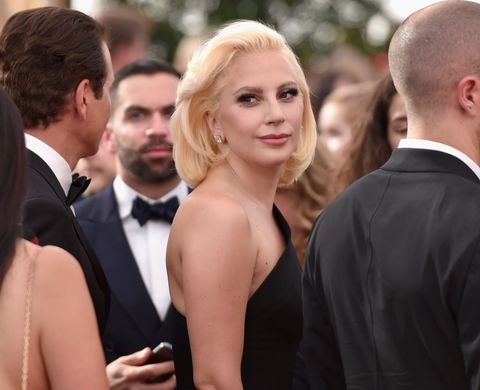 Her latest single "Til It Happens to You" tackles sexual assault; now, Lady Gaga is turning another painful personal experience into an empowering project.

Speaking with Billboard, the American Horror Story: Hotel couture horse opened up about how her personal battles with depression and anxiety inspired her to start the non-profit Born This Way in 2012.

Thank u @billboard for putting me and daddy E on the cover together in the name of ❤️❤️❤️ for those in need. pic.twitter.com/ypGu3cvKpW

"I've suffered through depression and anxiety my entire life, I still suffer with it every single day," she said. "I just want these kids to know that that depth that they feel as human beings is normal. We were born that way. This modern thing, where everyone is feeling shallow and less connected? That's not human."

In the same interview, Gaga credits another megawatt performer for keeping her in a healthy state of mind.

"[Elton John] looks out for me, he was there for me during the hardest times in my life. He doesn't allow me to slip into depression without making sure that I'm OK…He's just everything—when I'm with him, I just want to help be a part of his genius plan to save the world."

According to Billboard, a forthcoming collaboration between Born This Way and the Elton John AIDS Foundation which will be announced soon.