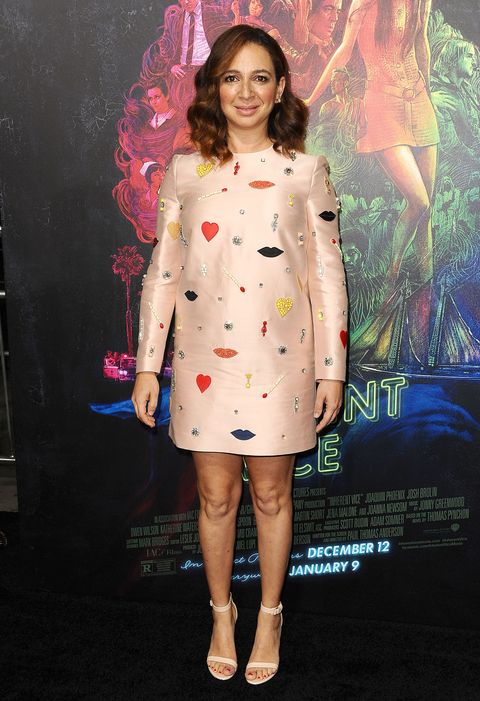 Whether you're responsible for a tiny drunk human or not, Maya Rudolph would like to remind you to just say no—to things that aren't worth your time.

While promoting her upcoming movieAngry Birds, the mom of four dropped some pearls of wisdom about setting priorities and working while very pregnant.

"[Motherhood] allowed me to create something I call the "bullsh*t meter," which is basically the things that are literally not important," she said. "I just got rid of them. I used to take on a lot more than necessary, and when it's you, you're sort of your own worst enemy in life. When you're thinking about another human being, it's far more precious than you and you have the instinct to take care of them, you naturally do what's right and what's important and they always come first. It just allowed me to stop saying 'yes' to things that were not good for me or not important."

Another gem: "My mother breastfed me—there's like, folklore about it, people say, 'I remember your mother breastfeeding you!'—probably until I was about four. So I just thought my kids would be hanging off me for years, but they all said, 'I'm done!'"