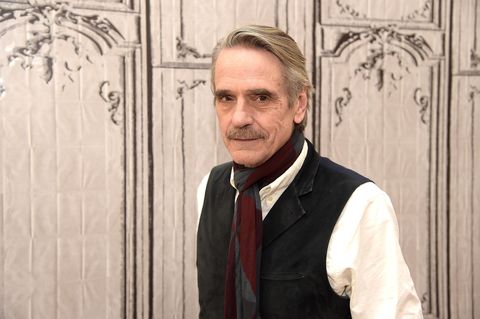 Jeremy Irons, man who has never had an abortion, has a strong and surprisingly off-base opinion on the subject.

While discussing the benefits of society being "based on a Christian Structure" with The Guardian, the veteran stage actor said, "I believe women should be allowed to make the decision, but I also think the church is right to say it's a sin. Because sin is actions that harm us. Lying harms us. Abortion harms a woman."

Wait, wait, what now? Claiming that abortions are harmful is not only highly irresponsible, it couldn't be further from the truth. It's a safe procedure, and in many cases can be a life-saving one.

"It's a tremendous mental attack, and physical, sometimes," Irons continued. "But we seem to get that muddled. In a way, thank God the Catholic church does say we won't allow it, because otherwise nobody's saying that it's a sin."

Erm. Not sure Irons is in a position to speak on abortion being a "mental attack" seeing as though he hasn't had one, but for the record, many women find abortion to be a huge relief, and that's just fine. And when it comes to physical ramifications, we'll reiterate once again—abortions are a safe procedure with a relatively low-key recovery.

Of course, Jeremy Irons would know this if he visited any number of fact-based websites, including Planned Parenthood's. We'll save him the search and include a link right here.