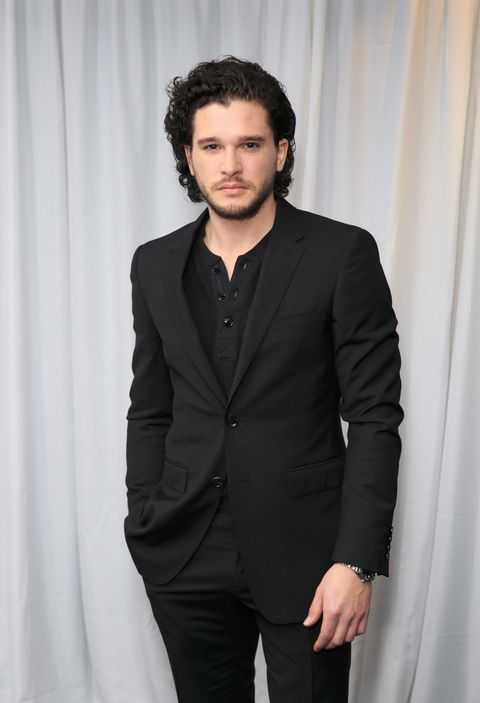 Kit Harington wants you to know that sexism is real, because he deals with it on the daily, ya dig? Game of Thrones has gotten a lot of flack for its one-sided depiction of nudity, and the world "objectification" gets thrown around quite a bit—but guys, what about the guys?

"I think there is a double standard," Kit told The Sunday Times Magazine. "If you said to a girl, 'Do you like being called a babe?' and she said, 'No, not really,' she'd be absolutely right. I like to think of myself as more than a head of hair or a set of looks. It's demeaning. Yes, in some ways you could argue I've been employed for a look I have. But there's a sexism that happens towards men."

Before your eyeballs affix themselves to the top of your head, Kit did acknowledge that women deal with sexism, too. "There's definitely a sexism in our industry that happens towards women, and there is towards men as well," he said. "At some points during photoshoots when I'm asked to strip down, I felt that."

Of course, men aren't dealing with unequal paychecks or being denied jobs based on their gender, but we'll give Kit a pass since it's well documented that his alter-ego, Jon Snow, knows nothing. The internet, however, doesn't forgive so easily.

Mehera Bonner Contributor Mehera Bonner is a news writer who focuses on celebrities and royals.
This content is created and maintained by a third party, and imported onto this page to help users provide their email addresses. You may be able to find more information about this and similar content at piano.io
Advertisement - Continue Reading Below
More From Celebrity
Courteney Cox Talked Being Snubbed by the Emmys
Britney Spears Spoke Out After Her Court Testimony
Advertisement - Continue Reading Below
The Queen Displayed a Rare Photo of the Sussexes
Justin Backs Britney After Conservatorship Hearing
Jen Aniston Said a Male 'Friends' Star Was Rude
Jennifer Aniston on "Silly" Love Life Speculation
People Are Devastated by Britney's Revelations
Britney Spears on "Abusive" Conservatorship
'Too Hot to Handle' S2 Was Filmed In Paradise
About That "Sexy Nerd" From 'Too Hot to Handle'