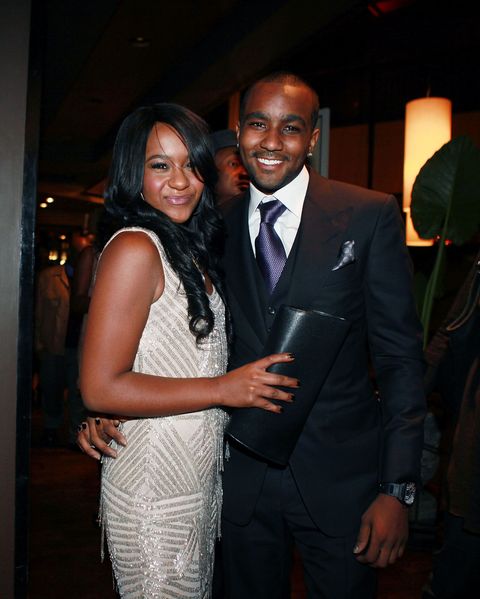 More than a year after the untimely death of Bobbi Kristina Brown, daughter of Bobby Brown and the late Whitney Houston, a judge has found her boyfriend, Nick Young, "legally responsible" for her death. WXIA-TV reports that her estate filed a wrongful death lawsuit against Gordon, accusing him of assault, battery, and intentionally causing her emotional harm.

Gordon failed to appear in court twice in the case, so the judge said anything the Brown estate claimed is admitted through omission. The Browns wanted $50 million in damages, but a jury will ultimately decide how much Gordon will have to pay. Gordon has not been charged with any crime.

"In court today, we finally finished a long journey for justice for Bobbi Kristina Brown," R. David Ware, a lawyer for Brown's conservator, told reporters. "The court agrees with us, by striking Mr. Gordon's answer that he is legally responsible for her death. The only thing left to prove is the value of her life. We intend to do that."

"I am pleased with the outcome of today's court proceedings. All I ever wanted was answers relating to who and what caused my daughter's death," Bobby Brown said in a statement. "Today's judgment tells me it was Nick Gordon. Now I need to process all the emotions I have and lean on God to get me and my family through this."

Brown had been found unconscious in her bathtub in January of 2015, and was placed in a medically induced coma for months before her death. Her cause of death was revealed to be a mix of drugs, alcohol, and drowning, all of which caused the pneumonia that killed her at 22 years old.

Gordon insisted he did nothing wrong in an interview on Dr. Phil in April. He denied any claims against him in the lawsuit. "That is not true," Gordon said. "I got so tired of that lawsuit, I just stopped paying attention to it. It's designed to make me look bad." He said that the two of them did drugs "socially," but that Brown's problem got "really bad" after her mother died. Finding her unconscious was "literally a nightmare all over again," Gordon said. His attorneys have said in the past that he tried to save her life.