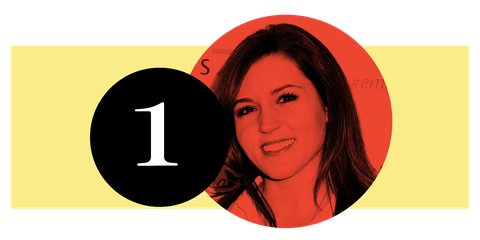 By law, the set of behaviors that constitute sexual harassment are sorted into one of two types :The first is actions deemed “severe or pervasive”; the second is a supervisor’s quid pro quo demand for sexual contact as a condition for one’s employment. In other words,only once a predatory man has crossed a line—one that’s arbitrarily defined and capriciously enforced—can he be held legally accountable.

A drunken kiss placed on a colleague who doesn’t want it, or a lurid comment about a coworker’s body? As far as the courts are concerned, a man is likely in the clear. And it’s this behavior—not severe or pervasive so much as subtle and shrewd, with the veneer of plausible deniability—that most women experience.

"The infuriating reality is that it works: To be sexualized is to be undermined."

Even such largely unpunishable but plainly insidious actions are about more than just lust; they're about animosity and entitlement. Men know as well as we do that a woman seen as a sex object won't simultaneously be seen as a capable employee. Years ago, when a coworker grabbed my ass at a work party, it wasn't an inelegant expression of yearning; it was his way of putting me in my place.

The infuriating reality is that it works: To be sexualized is to be undermined. Women begin to see themselves as less capable. In one telling study, girls who took a math test while wearing bathing suits performed worse than girls who took the test wearing sweaters.

Harassment doesn't have to be quid pro quo or severe or pervasive to tank women professionally and deplete us personally, and the law shouldn't treat it that way. Women shouldn't need to prove that the bad acts done to us were bad enough and extensive enough to matter to the courts. That harassment happened, and that we suffered because of it—that the suffering was the point—should be enough.

Jill Filipovic is an attorney and author of The H-Spot: The Feminist Pursuit of Happiness.

This content is created and maintained by a third party, and imported onto this page to help users provide their email addresses. You may be able to find more information about this and similar content at piano.io
Advertisement - Continue Reading Below
More From Culture
Meet the Cast of 'Too Hot to Handle' Season 2
Will There Be a Season 3 of 'Virgin River'?
Advertisement - Continue Reading Below
Jessamyn Stanley Wants to Talk About All of It
'Bachelor In Paradise' 2021: Everything We Know
What Is Gunther From 'Friends' Doing Now, Anyways?
All the Deets on Michelle's 'Bachelorette' Season
'Life After Happy Face' Is Your Fave New Podcast
The New Horror Movies That'll Leave You Breathless
Zendaya Shared a Teaser of 'Euphoria' Season 2
Listen to the Best New Love Songs of 2021 (So Far)