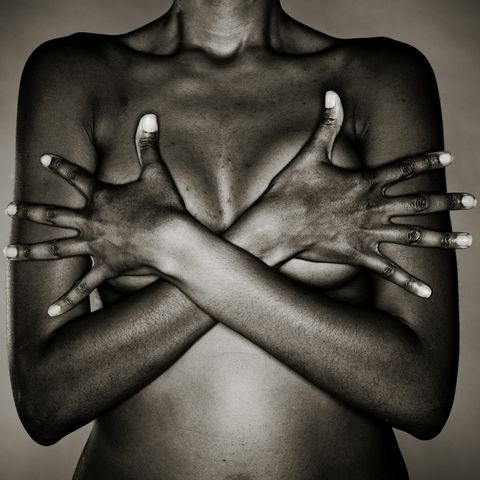 Don't toss your strategically placed emojis/stars/hearts/Xs just yet—Instagram has "revised" its community guidelines, and most photos of female nipples will still incur the wrath of the censors.

In a document posted Thursday, the photo-sharing platform expanded on its old "keep your clothes on" rule, stating: "We know that there are times when people might want to share nude images that are artistic or creative in nature, but for a variety of reasons, we don't allow nudity on Instagram. This includes photos, videos, and some digitally-created content that show sexual intercourse, genitals, and close-ups of fully-nude buttocks. It also includes some photos of female nipples, but photos of post-mastectomy scarring and women actively breastfeeding are allowed. Nudity in photos of paintings and sculptures is OK, too."

So…nothing's really changed? At least the rules are a bit clearer now, although we still live in a digital world where Kim Kardashian's thong-encased butt cheek is deemed "appropriate for a diverse audience" while 25 Magazine probably has to keep a list of handle permutations in case it gets shut down again.

How to Look Cool Online: The Official Rules of the Instagram It-Girl Game