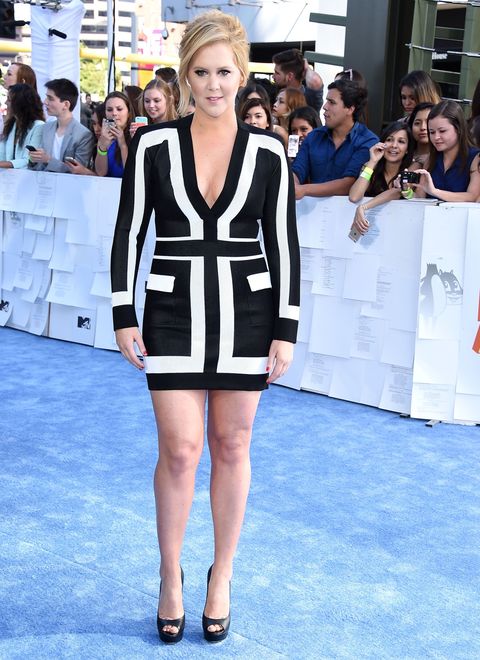 Not too long ago—Monday, to be precise—Amy Schumer showed up for a date on the Bachelorette, during which she let one of Kaitlyn's suitors know that he lacked charisma and humility and that he was not, as he claimed, smarter than 90 percent of the audience. Buuuuurn.

Everyone really liked her put-downs and her bouncy, side-banged ponytail, so Robert Mills, senior vice president of alternative series, specials, and late-night programming for ABC Entertainment, was like, "Hey. Lemme tweet her an offer."

Take it, Amy. Takeittakeittakeit. Do it for the material. Do it for the free, unlimited booze. Do it for poor Chris Harrison, who totally looks like he could use some excitement and/or a bicycle pump to re-inflate himself. Do it for America. Do it for "true love." (Or at least say you are or else they'll kick you out for not being there for "the right reasons," okay?)