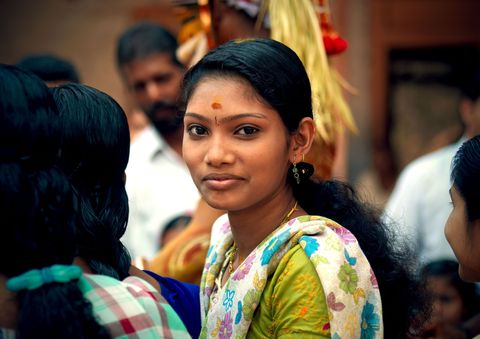 Another move towards global equality has passed. A law has been overturned in India that disallowed women to become legal heads of households and run affairs—instead, giving all inheritance and legal power to the oldest men in the family, regardless of seniority or relation. According to the Huffington Post, the Delhi high court ruled that the eldest female member of a family can now act as the head of household, also known as the "Karta." The judgment was handed down on Dec. 22, 2015, but only made public last week, according to the Hindustan Times.

The exclusion of women as Karta—the head family member who decides matters such as inheritance, family money allotment, and property management—was an outdated concept that "not only contributes to her discrimination on the ground of gender but also has led to oppression and negation of her fundamental right of equality guaranteed by the Constitution having regard to the need to render social justice to women," the lawyers advocating the new decision said.

The decision was spurred by the case of an eldest daughter who had wanted to take over the family business after her brothers, father, and uncles passed away. Instead, her nephew claimed to be the Karta, which she contested.  The original law, enacted in 1956, stated that female family members "did not possess the necessary qualification of co-parcenership," or the shared ownership of an inherited property. But a 2005 amendment to the Hindu Succession act basically negated that—and the Delhi high court is seeking to making sure this change is noted.

But while this is a boon for women, not all women get to inherit this position. Only those in "Hindu Undivided Families", India's term for extended families in the same household, have these rights. And while you don't have to be Hindu to form these units—Buddhist, Jain, and Sikh are all allowed under law to do so—Indian Muslims are excluded.