It's hard not to like Alexa. She's quirky—her celebrity crush is Benedict Cumberbatch, and she sings auto-tuned songs with impressive accuracy. According to the Myers-Briggs personality scale, a test popular in business schools, she's an ESFJ (which stands for extra version, sensing, feeling, and judgment): sociable lover of people, great with details, helpful, and gets stuff done. Alexa's also a bit of a troublemaker; last year, she ordered a Sparkle Mansion for a kindergartner and charged the $170 dollhouse to the child's parents' credit card. Oh, and she's a robot.

Alexa is Amazon's voice-controlled virtual assistant. She responds to commands, predicts the weather, plays a wide variety of music, can order anything from your dinner to paper towels to a Lyft, and even tells knock-knock jokes. All without a screen.

Amazon's hot new technology wouldn't be nearly so popular if it weren't for Toni Reid. Reid joined the Alexa team as director in 2014, when it was still a top-secret project in Amazon's hardware division, Lab 126. Around the same time, Reid was remodeling her kitchen, and her home was littered with Echos. (Alexa, the voice technology, was first housed in a tall cylindrical speaker called the Echo; currently, Alexa also lives inside the Tap, a portable speaker, and the Dot, a short cylindrical speaker.) When a painter visited Reid's place, she quickly hid one Echo in a kitchen drawer—but the gadget hadn't gone through speech-recognition boot camp yet, so the tiniest noise could have "woken up" Alexa. And the painter's voice did just that.

"He was SO freaked out. He stopped in his tracks, spooked, and asked, 'What is that?'" Reid recalls. "I stammered over my words while Alexa continued to talk. I said, 'Oh, sorry, must be something in a drawer. Anyway!'"

Since Alexa's debut, Amazon has reportedly sold tens of millions of enabled devices—thanks, in large part, to Reid's leadership.

She was sworn to secrecy: The Lab 126 team, reeling from the failure of its splashy Amazon Fire Phone earlier that year, knew a screenless artificial-intelligence assistant was a big idea—so big that it went to significant lengths to keep Amazon's die-hard fans from sniffing out the device's existence. According to a 2016 Bloomberg article, Amazon created a separate limited liability company named Rawles LLC to file all Alexa-related patents. If Reid had acknowledged that there was a small robot in her kitchen, it could have led to a leak of massive proportions.

Alexa officially launched in 2015, and ever since, it's been hard to escape her. (Reid has eight Echos in her house, including one in the attic.) Not only is Alexa in Amazon's three smart-home speakers, but she's also making her way into people's fridges, cars, and thermostats through partnerships with LG, Ford, and Nest. Since Alexa's debut, Amazon has reportedly sold tens of millions of enabled devices—thanks, in large part, to Reid's leadership.

Yet Reid wasn't the obvious person to run the hardware and customer-experience departments of the futuristic project. She's not a computer science Ph.D. or serial entrepreneur; she has a B.A. in anthropology from the University of North Texas. She began her tech career in HR in 1997 as a recruiter at Microsoft, where she spent just over a year before moving into a similar role at Amazon. Those were the company's Paleolithic days, when it was just an online bookstore.

On Reid's first day at Amazon, founder and CEO Jeff Bezos held an all-hands meeting to announce the start of the company's European expansion. "Within four weeks, my role had changed, because the two people who were on my team—and my manager above me—ended up going to Europe. I took on an expanded responsibility," Reid says. "And that's kind of how it's been ever since." 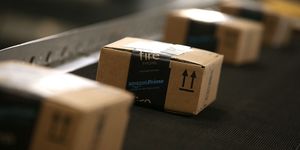 Amazon\'s New Move Will Change How You Buy Clothes 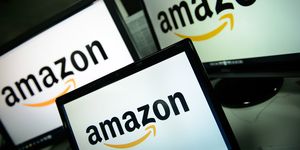 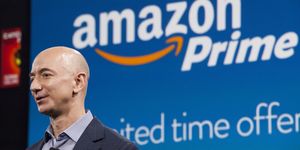 As Amazon diversified its offerings, Reid diversified her résumé: senior manager of business development at Amazon; director of Amazon's display advertising; director of consumer product at IMDb (Amazon acquired the online film database in 1998); director of AmazonFresh, the grocery division; and, now, vice president of Alexa experience and Echo devices. In her current role, Reid is essentially a general manager, making sure all the respective parts of the Alexa speaker ecosystem—from hardware to the speech technology to Alexa's personality to the sales teams—are working in sync. (She reports to Mike George, who oversees the entire Alexa umbrella, including third- party apps.) After 17 years at the company, Reid has earned a reputation as a customer oracle with an uncanny ability to predict users' wants and needs, according to those who work for her.

Still, her early days on the Alexa project were challenging. Reid felt as if the Lab 126 team spoke a different language. "I remember reading some speech-science documents that the team in Boston had written when I first started," she says. "I probably looked like my eyes had glazed over." There were practical challenges, like how the technology would hear commands across noisy rooms (they settled on a "wake word" to trigger the robot: Alexa, a Library of Alexandria reference—after all, Amazon began as a bookstore), and less tangible ones, like the product's lack of a screen. Since the Echo doesn't show a spinning circle when Alexa is "thinking," Reid and her team had to carefully design every step of the customer's interaction experience—but they had to do all of this speedily.

During this experimental period, Reid began building out her staff. Two of her new hires were Miriam Daniel and Heather Zorn. Daniel left Intel in 2012 to work on Amazon's Fire Phone, and Reid asked her to join the Alexa team after that project disintegrated. Zorn is also an Amazon loyalist; after 12 years at the company, her résumé resembles Reid's. Daniel and Zorn are the yin and yang of Alexa, the former responsible for the technology that keeps Alexa running and the latter in charge of the emotional response Alexa evokes in users. When the Echo is released in other countries, for example, Daniel makes sure the hardware and software can function despite voltage differences, and Zorn's team caters Alexa's personality to fit the local culture (unsurprisingly, Monty Python jokes were a requirement in the U.K.). Reid is the glue that keeps it all together, coordinating across the teams to ensure everything runs smoothly.

The pressure to launch revolutionary products like Alexa can be brutal, and Amazon has faced its fair share of culture-related criticism. A New York Times investigation in 2015 found that the company's intense pace often affected women more negatively than men (one woman fighting breast cancer was put on a "performance improvement plan" because her personal life was interfering with her productivity; another miscarried twins and was told she needed to take a work trip the next day). And, as of June 2016, only 25 percent of Amazon managers were women.

But Reid has thrived at Amazon, all while raising two daughters. "If I'm working on weekends and sending e-mails, the team feels that, so I'll hold back or push it until Sunday," she says. "I do try to respect that. But it doesn't always work."

Reid's management style is what attracted Zorn. "The reason I'm on the team is Toni. That's not because she's a woman; it's because she is who she is," she says. "[Reid is] very even-keeled and brings in big leaders whom she gives a lot of ownership and autonomy to."

Reid looks forward to a world in which voice interaction is the norm and people can go about their daily lives without staring at screens.

Her team is in a good spot. Amazon won't stop Alexa's forward march until she's infiltrated the entire home. Along with the Echo, Dot, and Tap, the company recently released the Echo Look, a camera that enlists Alexa to help users sort through their wardrobes, and the Echo Show, an Alexa-enabled rectangular speaker with a screen (Reid's team worked on both projects). There are competitors, including Google Home, the tech behemoth's answer to Alexa. Reid isn't worried. "Competition in this space is good," she says. "Not everyone knows about [voice-activated assistants], so it expands the category. Google Home opens up more visibility."

Alexa records and transcribes users' every command, which can be accessed and deleted via the corresponding phone app. A blue light signals Alexa is "on," but that can still feel a bit freaky for those with privacy worries. (In a recent murder case, prosecutors asked Amazon to turn over the recordings of an Echo owned by a man accused of killing his friend; the defendant willingly gave prosecutors the data, allowing Amazon to avoid a tough decision, but it's unlikely to be the last time Alexa puts Amazon in a tight position. And shortly after the Echo Look and Show were released, the Internet was abuzz with privacy concerns.) Yet Reid looks forward to a world in which voice interaction is the norm and people can go about their daily lives without staring at screens. Her team dreams of a frictionless life and a home that looks something like Disney's Smart House, the 1999 film about an automated home—it learns its inhabitants' preferences and caters to their needs before they know they have them.

"I call [our vision] 'A Day in the Life of Alexa': all the ways she can make your life simpler and hands-free," says Reid. "I get excited about what's not even on our radar yet."