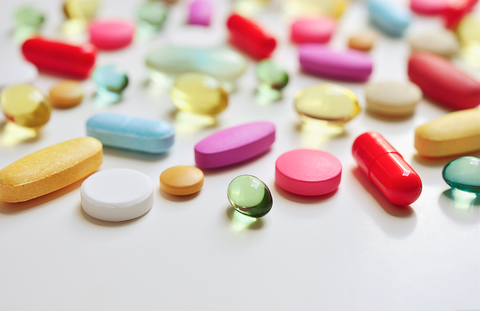 Planning on seeing your doctor this month to renew your birth control pill prescription? In the future, you might not need to make the trip. Lawmakers on both sides of the aisle are advocating for women to have access to the Pill over-the-counter. And on Tuesday, Democratic lawmakers introduced a bill to ensure the Pill remains affordable should federal regulators approve the move.

The new legislation builds upon coverage in the Affordable Care Act, making sure that women will continue to have insurance coverage without cost-sharing, even if the Food and Drug Administration (FDA) approves birth control pills to be sold over-the-counter for routine, daily use. The legislation has support from the Planned Parenthood Action Fund, the American Congress of Obstetricians and Gynecologists, and NARAL Pro-Choice America.

"I have steep student loans," Lucy Holland, a Planned Parenthood patient and recent graduate from the University of Michigan, told reporters on Tuesday. "Being able to get the Pill without a prescription or copay would really help young women like me."

In more than 100 countries around the world, women don't need a prescription to get access to the Pill. But in the United States, a woman's access is dictated by her healthcare provider. That means that a woman may have to take time off work to see a doctor. She may also face delays in getting a prescription in the event she loses her pack or is traveling abroad.

There's a vocal group within the medical community that contends that the Pill is safe to be sold over-the counter. The American Congress of Obstetricians and Gynecologists (ACOG) came out in support of the move in 2012, noting that women can self-screen for risk factors, like high blood pressure, using a checklist made available in a pharmacy.

The Food and Drug Administration (FDA) is the agency responsible for approving the move, but regulators won't weigh in until an organization like a drug company asks them to. Earlier this year, spokespeople for Janssen Pharmaceuticals, Bayer HealthCare, Pfizer and Actavis, which manufacture oral contraceptives, told Marie Claire they were not actively pushing for the move.

Senate Republicans introduced a bill in May that aims to encourage drug companies to file an application with the FDA. That bill is unpopular among women's health advocates and Democrats because it wouldn't guarantee health insurance coverage for contraception sold over-the-counter. That means that the Pill would end up being more expensive, advocates claim, making the cost out of reach for low-income women.

"We cannot support a plan that creates one route to access at the expense of another, more helpful route," Mark DeFrancesco, M.D., president of ACOG, said in a statement last month.

But the Democrat-backed bill, which has over two dozen cosponsors, aims to fix this, making it so that if a health insurance carrier refuses to cover FDA-approved pills that are sold over-the-counter, enforcement actions are available. The legislation also states that retailers that stock oral contraception must not interfere with a consumer's access that medication.

In February, researchers at the University of California, San Francisco and Ibis Reproductive Health found that if women could buy the Pill over-the-counter and it was covered by their insurance, the number of low-income women who would use the Pill would rise up to 21 percent, and the rate of unintended pregnancies would drop by as much as 25 percent.

"If something is too expensive, it doesn't matter how easy it is to get," said Sen. Patty Murray (D-Wash.) in a call with reporters on Tuesday. "Affordability and access go hand-in-hand."

This content is created and maintained by a third party, and imported onto this page to help users provide their email addresses. You may be able to find more information about this and similar content at piano.io
Advertisement - Continue Reading Below
More From Health & Fitness
Fitness Gifts She'll Actually Use All the Time
I'm a Black Woman, Mother, & Breast Cancer Patient
Advertisement - Continue Reading Below
Jenna Dewan’s Post-Baby Abs Are 🔥 In New Pic
What to Know About Your Blood Type and COVID-19
Enduring Breast Cancer in a Covid-19 World
Deciding Between a Lumpectomy or Mastectomy
Everything to Know About COVID-19 vs. the Flu
Do COVID-19 Symptoms Happen in a Certain Order?
Are Contact-Tracing Apps Worth the Privacy Risk?
Your Body, Your Business?